Children of the street

Over 11 million children live on the streets of India, one of the largest in the world. These Children are either born there out of poverty or have run away or were forced to leave home mainly because of family conflict, they come to live on the streets and take on the full responsibilities of caring for themselves, including working to provide for and protecting themselves.

Though street children do sometimes band together for greater security, they are often exploited by employers and the police.

They are part of the crowd. Often we do not even notice them. They seem to be invisible. It is “normal” to see unaccompanied minors in public places. They may be alone or with their families; they may sleep on sidewalks, shelters or in dwellings. The fact that links them all is that they spend most of their time on the streets.

Living on the streets makes childhood take upon an altogether different meaning for these children.

Many dream of finding work in the cities and a brighter future. Some intend to return to their families with money for food, but most of them end up lost in bad companies among the crowd of the big cities of India. 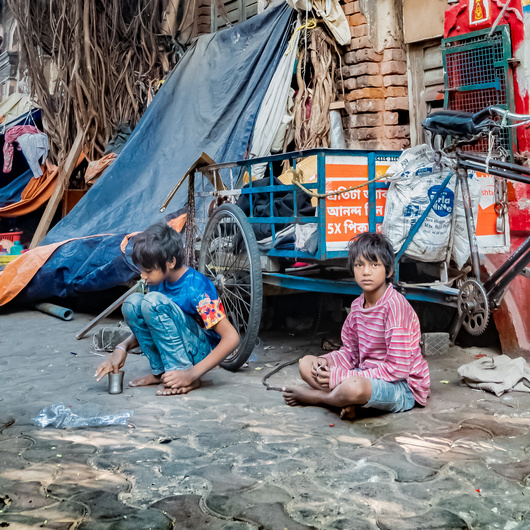 The view that these are "inconsequential people" as you say in your bio needs to be examined, however that said, I hope your work makes a difference as it is a universal compelling story on an issue that will condemn us all in time. Thank you for sharing and taking the time.

Thank you. I don't know, how much difference can I make, but will sincerely pursue this social imbalance, so that no child should spend the golden and happiest days of their life on the street again.

The goal is unreachable but the effort is worth it, in how it will change you alone.

Absolutely. Thank you for the support.