A portrait photographer based in New York has revealed how an anonymous email brought to light that his work was being stolen and used by a man claiming to be “Ireland’s most loved wedding photographer.” And that was just the tip of the iceberg.

Brad Trent says that having a lot of free time while being quarantined, he decided to take matters into his own hands. Using reverse-image searching tools, he was adamant he’d work out how photographer Darragh Muldoon, who hails from Ireland and boasts the "most-loved" title on his website, came to feel it was OK to use other people's work in his own portfolio.

Following a link contained in the anonymous email, Trent found himself on the Corporate section of Muldoon’s portfolio. The page very clearly displayed an image of William B. Chandler III, a federal judge in Delaware, which Trent himself had taken back in 2011. And that’s not all: alongside Trent’s own work, he spotted several pictures belonging to a friend of his, Jason Grow. 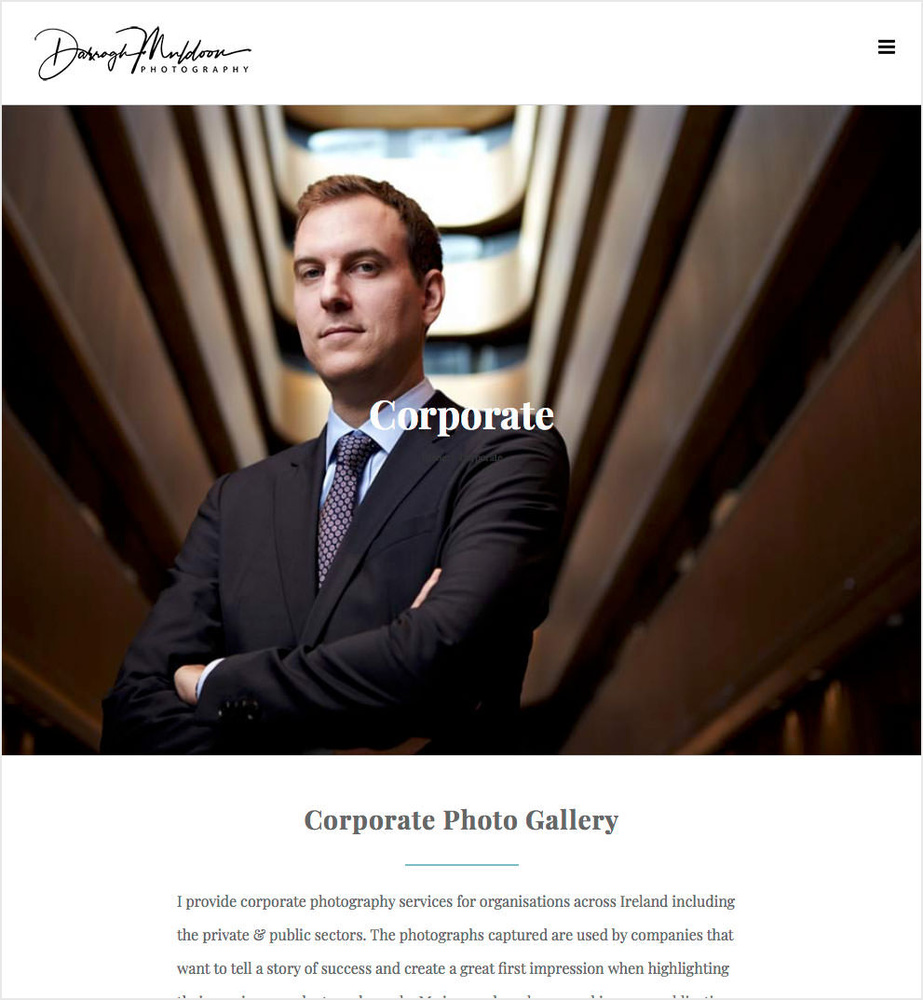 The front of Muldoon's corporate gallery. 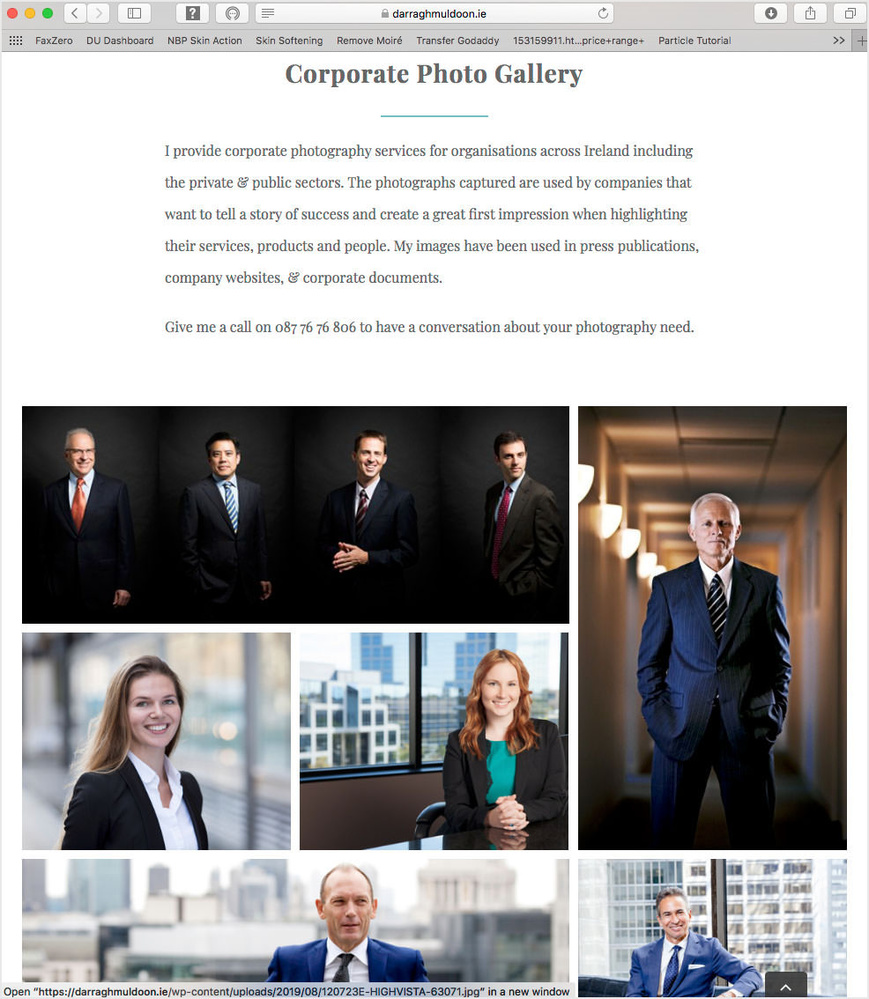 Muldoon's corporate gallery, including Trent's picture on the right. 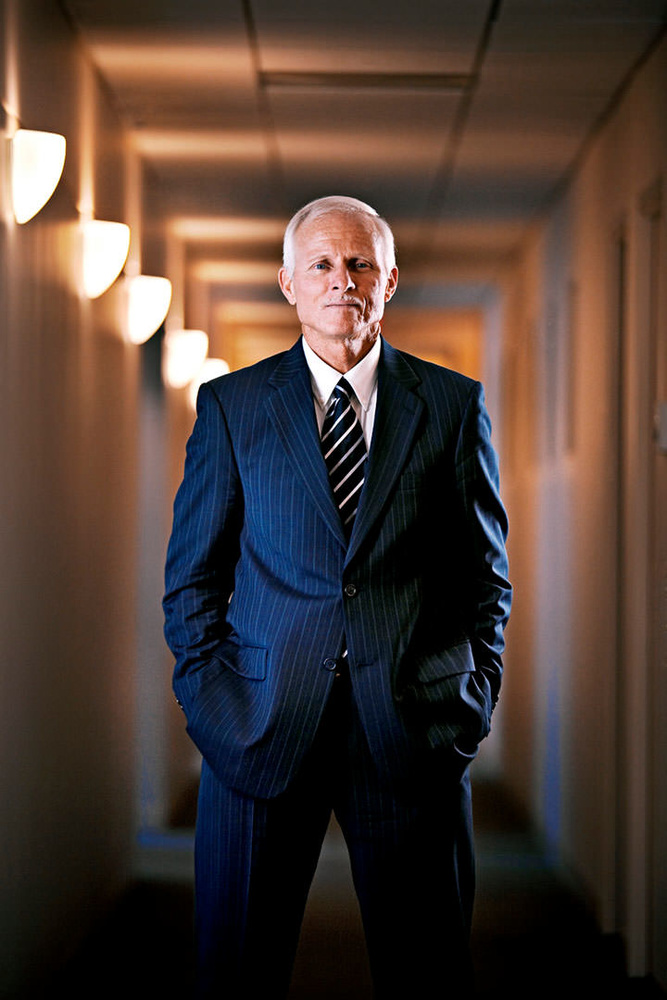 After more digging, Trent discovered work by fellow New York photographer Matt Greenslade, as well as London photographers Brian Lloyd Duckett and David Locke. But for one photographer, it gets worse. 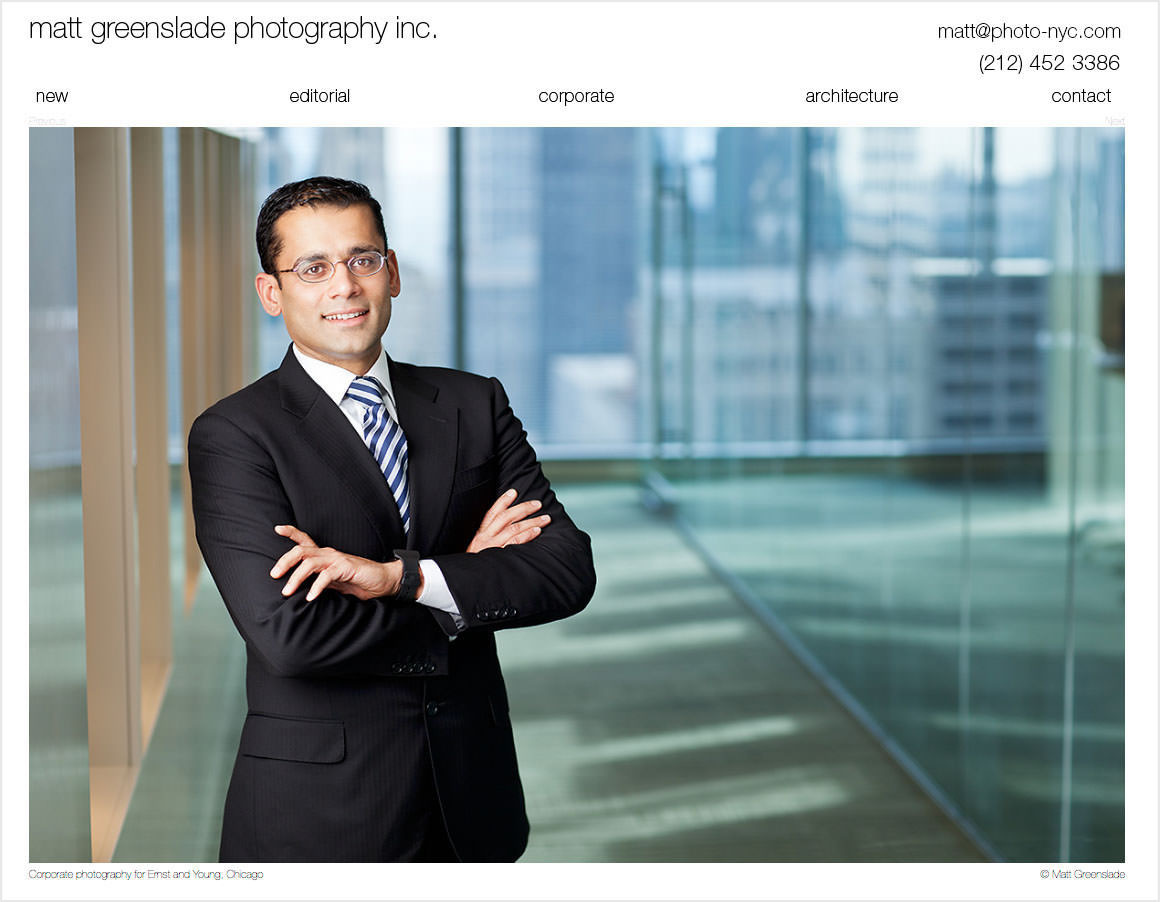 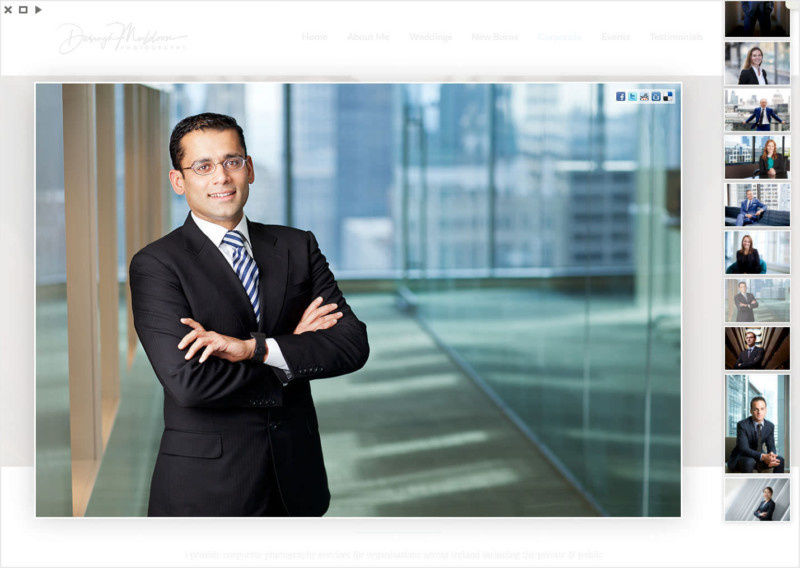 Trent found out that Muldoon had ripped off an entire gallery of newborn portrait work by Irish photographer Jennifer McCarthy. 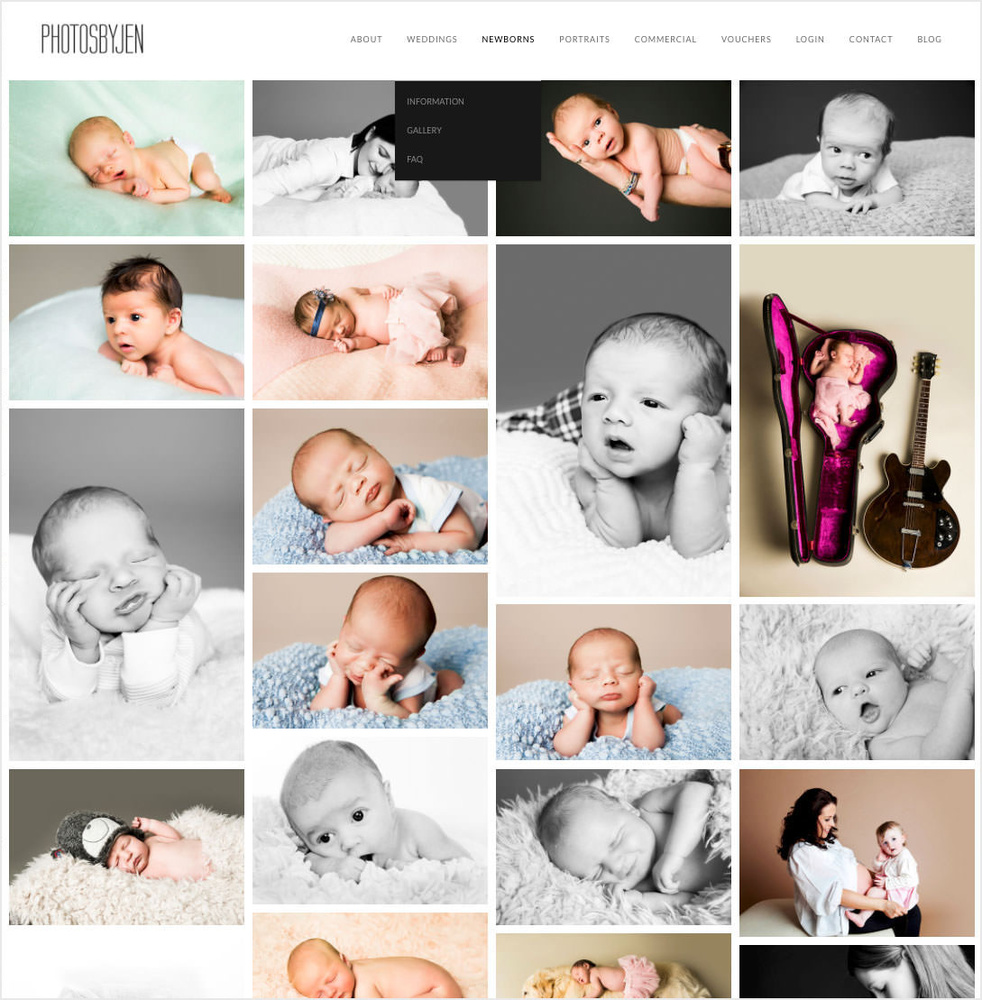 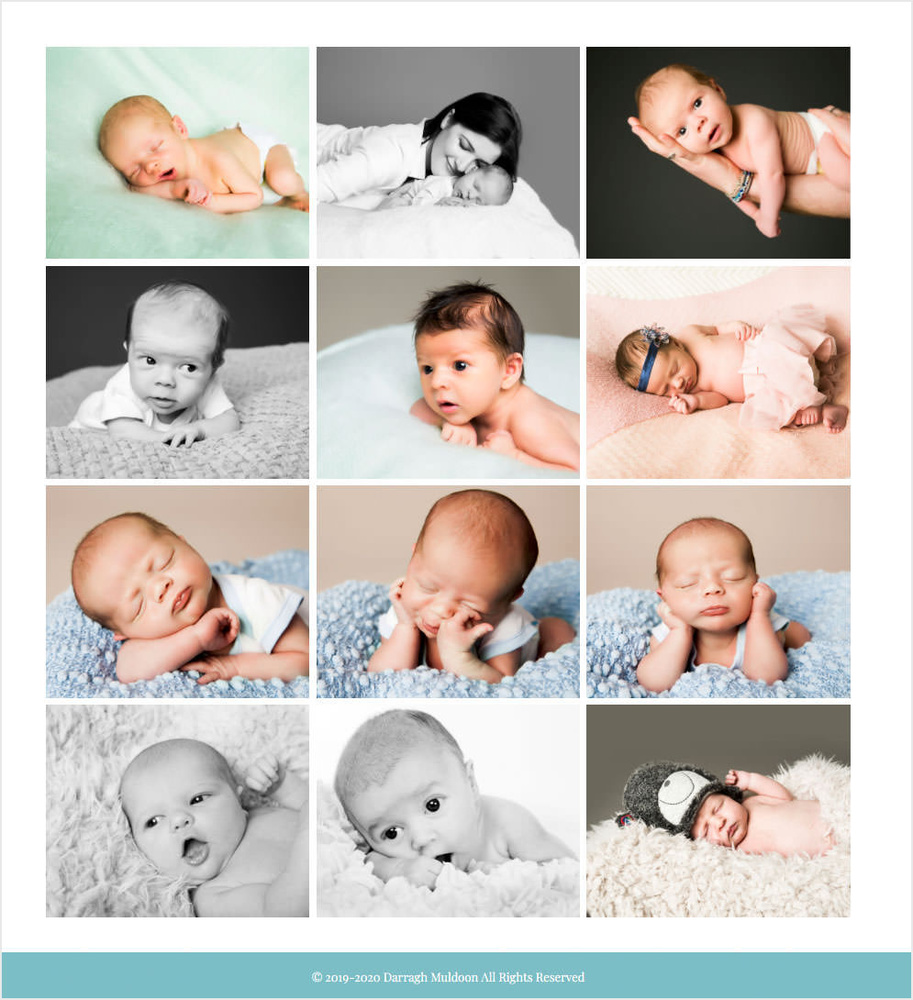 Good samaritan Trent took the time to contact each of the photographers to let them know what was going on.

Upon contacting Trent, he told us he’d now had some correspondence with Muldoon, who claimed the site was simply a test:

He presented his story that he had just put up a test ‘marketing’ site, but the fact that he registered the domain years earlier and the site was live for a long time doesn’t back up his claim.

McCarthy is the only one of the six who has received any kind of apology from Muldoon, which you can read below.

Muldoon’s cooperation with her is most likely explained because they both live in Ireland, meaning it’s much easier for McCarthy to take legal action.

Trent originally wrote about his experience for PetaPixel. All screenshots used with permission.

Posted In:
Legal
via:
PetaPixel
14 Comments

I've read the original article on Petapixel and have also gone through the comments there as well and I have to say I think the guy made an honest mistake. And yes, stealing is bad, I get it. But the guy has apologized and removed the site. and he apologized again to the original writer in the comment section. And maybe he did send apologies to the other photographers like he said he would but not all of them reported back to you to verify it. I'm just saying, lets not try to ruin the guys life for what could have been an honest mistake

I don't know. For the web developer it is a stupid mistake not a honest one. With millions of stock photos to use as placeholders there is no excuse to steal images. Guy wanted to get into photography business, used work from people across the pond and got caught.

But if he wanted to get into the photography business his .com probably would have had photography in the name. and no where did anyone find a instagram or facebook or any other social media page for the guy dedicated to photography. all I saw was he had a Indeed page for his marketing.

I'm a full-time professional photographer. It's been my only job for over 15 years. I don't use a .com and my url doesn't have photography or any photo related word in it.
I think this stealing crap happens a lot more than you'd imagine. I've caught people with MY work on their site.
IMHO, prosecute them!

So let me ask you this, being a professional photographer and not having "photo or photographer" in your .com, are you also not using any kind of social media for photography? no dedicated instagram page, no facebook fan page, no 500px page? because this person doesn't. Almost like he was using the page as a test site, like he said. Again, i'm not saying he did nothing wrong, but maybe the public calls for him to burn in hell are a bit much.

What bush are you beating around? He consciously took work created by other people without their permission and passed them off as his own... That's objectively wrong. Anyone who'd defending this needs their own portfolio put through a reverse image search... Just saying.

The guy made a mistake, fixed it, apologized everywhere he could. what else do you want?
and if you want to go through my work i'll gladly send you all my links to check up on me

"what else do you want?"

For everyone to learn from this.... That's the point of all of this.

sounds more like taking pleasure in public shaming rather than a learning experience, but if that's what creams your twinkie, I can't change that mindset

I'd rather have this be a learning experience for others and not just the thief. I like to see justice served so yeah, I guess that "creams my Twinkie"... Not sure what's wrong with that.

I say let the public shaming happen and let him be an example for others.

Sue his arse. The more our industry tolerates blatant theft like this the less our legal systems will be inclined support copyright cases in court. There is no way that’s an honest mistake, stop lying to yourself out of self righteousness, the guy is a fraud.

If you're going to write an article about it, why just do a re-hash of an article already on PetaPixel? Was it a test web site or wasn't it? Get the facts, then write a story.

Doing a test? What kind of excuse is that? Did he even contacted the other photographers he stole from to link to their portfolio?
He perfectly knew what he was doing. Marketing people knows where to find "free" picture online. It's call stock footage. You can use with a tag placeholder.
Going to other photographer website and download pictures to promote your own work is 100% wrong. There is no excuses to get, whatever your line of work.