Finding Value in an Older Camera

It sits there on your shelf, looking at you: that old camera that you were so excited about a few years back. Now, it's not even worth the trouble of listing it on eBay or Craigslist. Or is it? Recently I picked up my old Fuji X-E1 and put it through its paces. I was surprised to find out that it's still an enjoyable camera, but not for the reasons that it originally was. Sometimes, a camera's flaws hold a certain charm that can only be appreciated with some distance.

When I first purchased my XE1, I was lured by the promise of mirrorless. The technology, though still in its early adolescence, was intriguing! This amazing sensor was surrounded by a classic feeling body, lightweight, pretty to look at, and reasonably quick in operation. Fuji's present bodies, however, are faster, with even better sensors, and have more bells and whistles than you could possibly need in a camera. I moved on to the X-T1, then X-Pro2 before switching back to Nikon a bit ago. Those new and shiny cameras came and went, but the little X-E1 still sat on my shelf, no doubt because it's not worth much on the market, and it was never a priority of mine to sell it. 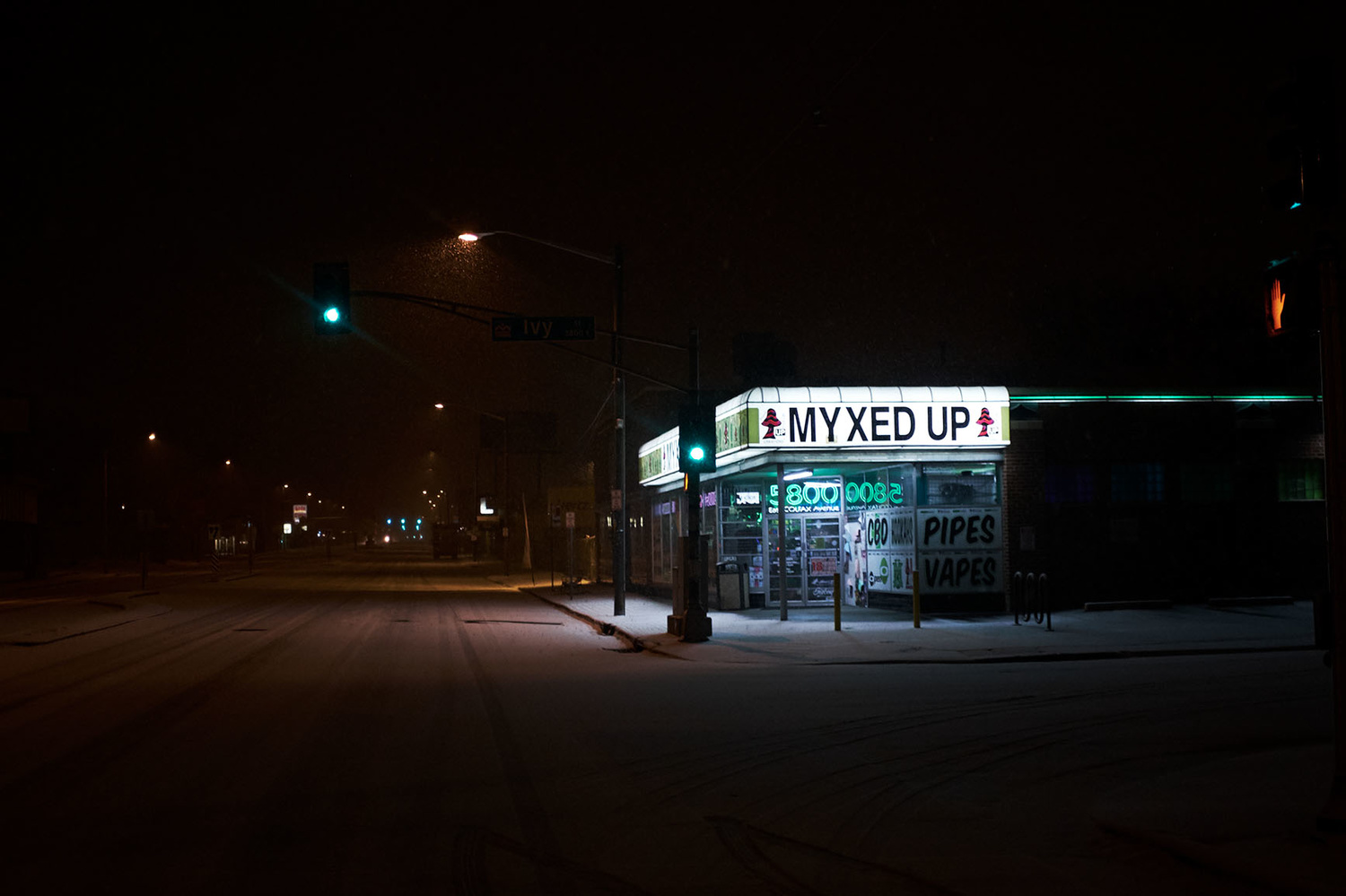 Last week, I picked it up, attached an old Canon 24mm FD manual focus lens to it, and went out to do some night shooting. The camera was slow. Really slow. The EVF pales in comparison to the ones that I was used to. It wasn't nearly as responsive as my old cameras, and not even in the same ballpark as my Nikon. But, much to my surprise, I was enjoying the hell out of shooting with it. Because I couldn't move quickly, I was taking my time. Because I had to manual focus, I was taking more time composing and shooting for the joy of it. There are so few features on the body that all I was doing was composing, zooming in to manual focus, getting one, maybe two shots, and moving on. 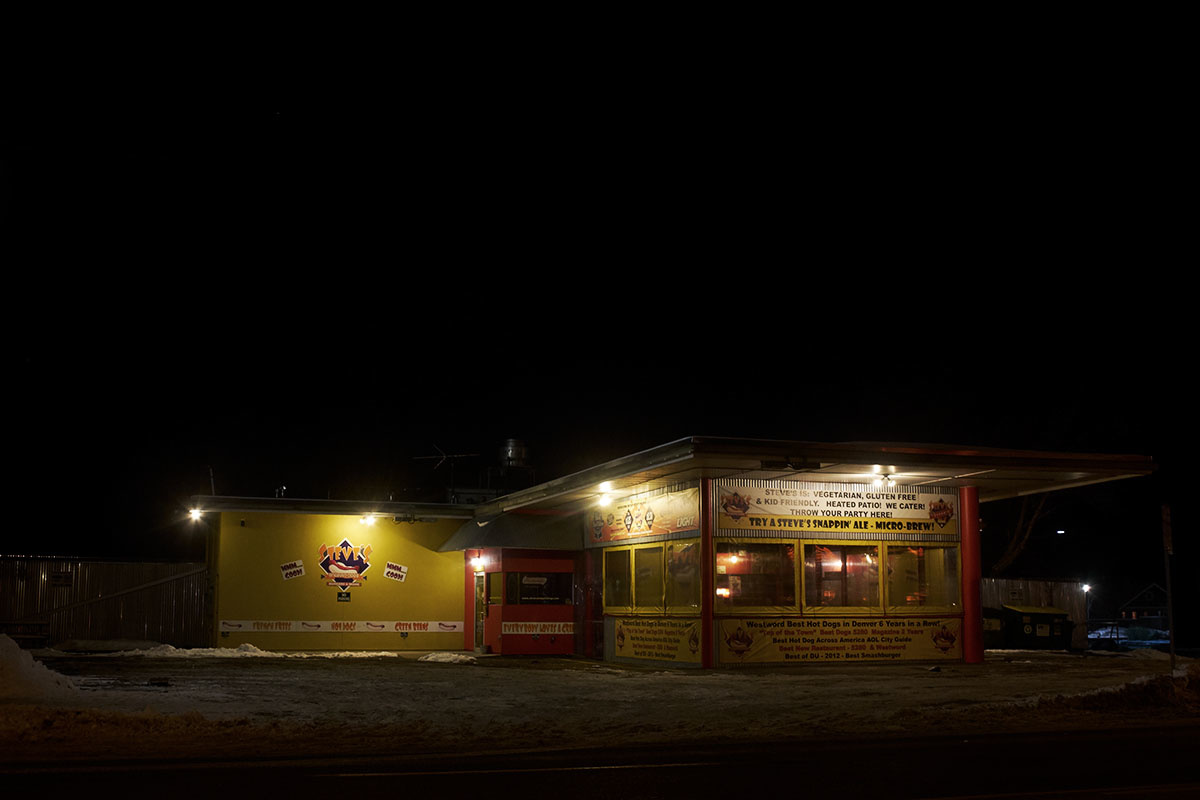 The shots aren't magnificent by any stretch of the imagination, except that it reminded me of when I was first starting out. It reminded me of walking around town with an old 35mm, trying to make heads or tails of composition and exposure. Most importantly, it reminded me of why I love photography. It's a different way of looking at the world. Since that first dusting-off, when I'm up late working, I've made a point of taking out my camera and snapping some night photos, just for myself. As a portrait photographer, I usually shoot with an entourage of lighting, large cameras, stacks of film, and maybe my laptop. It's refreshing to be able to get in my Jeep and snap some photos, just for the pleasure of doing so. 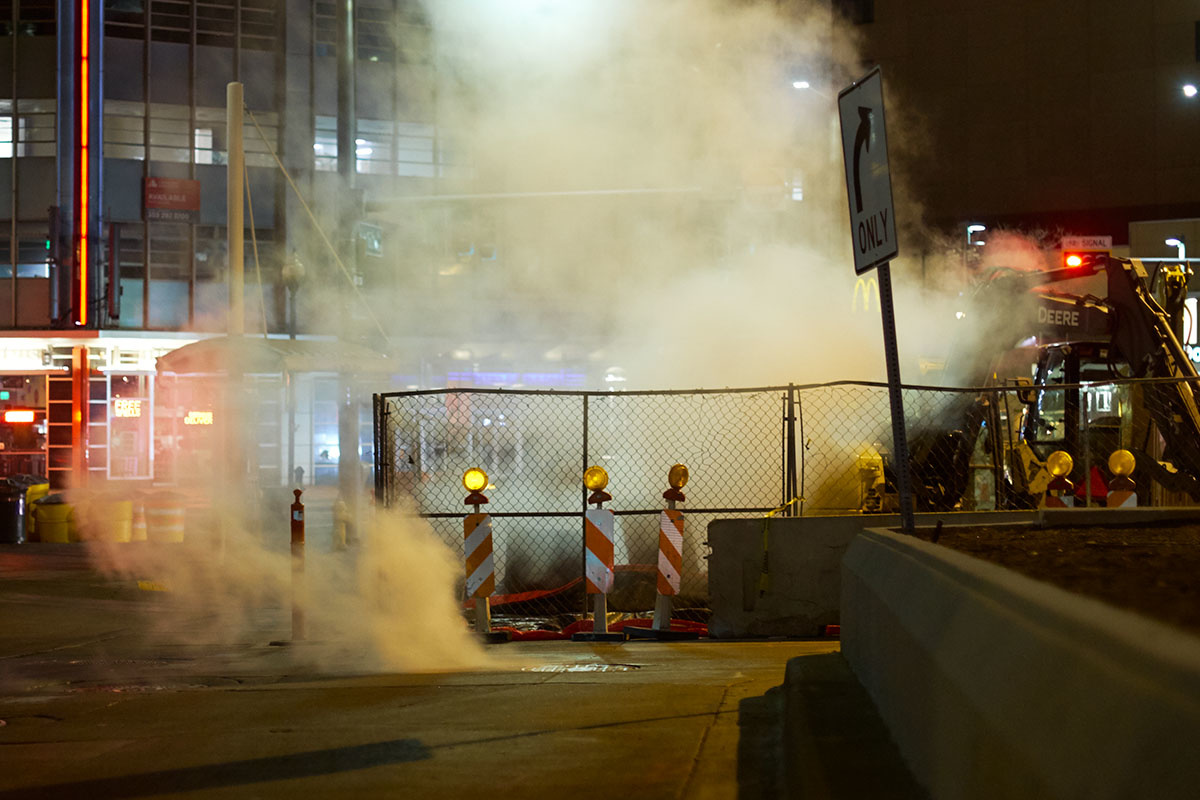 Of course, this can be done with any camera, not just an old one. But the great thing about old gear is that the bells and whistles don't get in the way for me. The slowness of the camera's automatic features annoy me so much that I use it completely manually. I don't spend time chimping because the response time of the LCD is a hindrance. Rather, I have a small camera with a beautiful sensor that just works. If you have an old piece of gear lying around, don't be afraid to take it out once in a while. You may find that it's not only capable, but can give you a fresh outlook on your art.

'Of course, this can be done with any camera, not just an old one. '

My regular, jobbing camera is a Nikon D700. Antique by comparison; I bought it secondhand before the X-E1 was even released. My backup is a newer semi-pro APS-C model (that I've nevertheless had longer).

I don't really understand this kind of kit turnover, generally, but I especially don't understand calling an X-E1 'old'.

Nice photos, mind you. There's some Edward Hopper and William Eggleston in there; keep going with that!

Haha. Thanks. If you look at the lifecycle of mirrorless, each generation is leaps and bounds beyond the last. So while it isn't necessarily chronologically old, the difference in tech is really pronounced.

I suppose I don't wholly disagree with you re: oldness and mirrorless. I also shoot with an NEX-6 as a travel/notepad type camera, and the iterative change between that and the A6000 -- a single generation -- is big. But the change between the NEX-6 and the A6500 (again, four years) is absolutely astonishing.

I bought a Fuji X-T2 for fun and portability and to help me be more deliberate in shooting. One of the things that sold me on this particular mirrorless camera was the film simulations. I shoot raw on Canon, but jpeg on Fuji so I don't have to post-process, which makes me slow down and be a lot more careful with the highlights, as well as my choice of film simulation.

I'd never considered doing manual focus, though I did play with the focus peaking when I got the camera just to see how it worked. I think I'll go out one day and shoot in manual focus to see if I enjoy it. I feel like on a lazy photo walk, manual focus might be fun. Great article...gave me something to think about.

I still shoot with my Canon A-1 that I bought in 1980. In 2013, I bought a used Canon New F-1 so I could share lenses. With two SLR cameras, one is loaded with B&W film and the other with color.. Yea, I also own and use a DSLR.
I have the AE Motor Drive FN and AE Finder FN for the F-1, but for the most part, I use manual metering.

I just shot a wedding with a pair of X-E1's and some old, manual focus glass on both bodies (Olympus 25mm f/4, Minolta 45mm f2 & Minolta 58mm f/1.4). I had a Canon body with an autofocus lens for like the kiss during the ceremony & the first dances, but far and away all of my favorite photographs were made on the two X-E1 bodies. I had one set to B&W jpeg and the other to RAW for color & ease of white balance correction (unfortunately the color jpgs don't look too hot to me). I felt like the old masters stalking events with their Leica M3s. It was awesome!

In March, the X-E1 will have been my main working camera for a full year. I love how lite in weight it is, how people don't give it a second thought when I'm out street shooting and I'm even shooting Manual more these days as opposed to AP when using my Canon bodies. They're just all-around good cameras....I can even shoot video in a pinch when I need to (very rare, but I'm glad to have the capability to do so). I just wish it had the multi-color focus peaking like the newer bodies and maybe the Classic Chrome simulation. Other than that, fantastic camera.

I use a 5DMk2 which is 8 years old, and I also use a 400D from time to time which is 10 years old this spring. I'm looking at getting a new camera, but I'm tempted to keep my 5DMk2 as a backup camera, and this post made my day!

I'm hoping to go with medium format film and eventually to large format to get away from the digital technology races and to focus more on getting it right in camera.

Wish I had hung on to my 1970 Nikon F and the primes I had, but my XE1
is my everyday carry. The unadjusted jpgs are always more pleasing than
my Full Frame Canon. Sure the fuji has its faults but it's the one that goes
on trips and always seems to please...

I have two take aways from this. First is shooting for the simple joy of capturing light. There's something about going back to the essentials that made us fall in love with photography. Simple camera settings, no technology, natural light, no clients, no Instagram trends, no career development, no hours of post... You have to go back to that every once in a while to give you a clear view on your current work.

My second take away is just another reminder to steer clear of gear lust and have some perspective on your true technical needs. For most shooters, especially hobbyists, good enough happened 10 years ago.