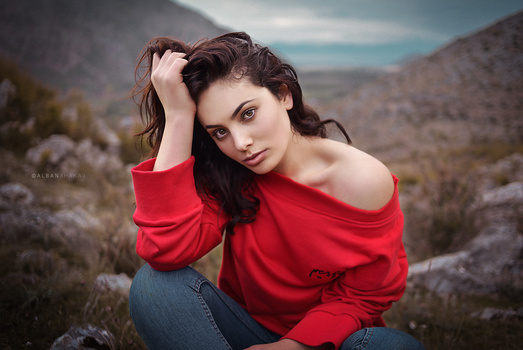 Excellent work with the depth of field

Love the contact you get with the models eyes, her pose and that warm cosy sweater vs the cold rocky background. Love the red color in the sweater.
In general it feels and looks perfect!
Beautiful touch on the editing too!

Where was this location? It reminded me of Ireland🍀🍀🍀

Beautiful portrait. Skin a bit overworked in my opinion but I haven't seen what you were starting with. I'd really like to see/feel a bit more texture.

Alban, thanks so much for sharing that marvellous tutorial (anyone who likes this Besarta portrait should take five or ten minutes to watch it﻿). I learned a great deal about how to advanced portrait post-production. My comment would still stand though. I really like what you did removing the individual blemishes and birthmarks, and how you used Photoshop's liquify to make her proportions more ﻿flattering.

However what you did afterwards with the Portraiture plugin﻿ damages the image for me. ﻿Your previous changes were not easily detectable to the eye: Besarta's portrait seemed to be one of a very beautiful young woman in the countryside. After Portraiture, her portrait starts to look artificial and phony. There's no texture left.

﻿The work on overall toning with gradients at the end makes sense to me as well, although you went a little further than than I would in changing the contextual light.
﻿

Alec, thanks for your comment! I do agree for what you said about the skin texture. In the real world ( I mean when i get paid for portraits) I usually keep the natural texture ...but this kind of portraits are made in purpose to be a bit more eye catching!

Watch the video, Sean (linked above). There's not much left of the original photograph. It's smoothed out with the Portraiture plugin (which sucks the life out of what is an otherwise excellent image, to my eye). 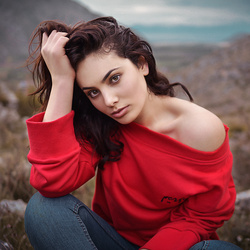 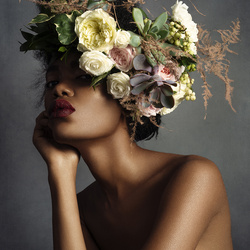 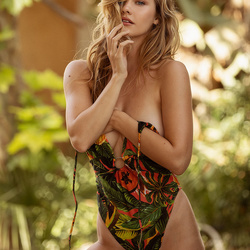 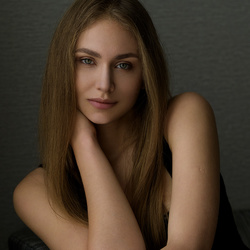