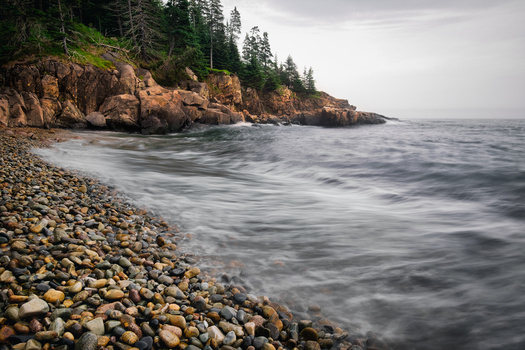 I set the tripod up on the loose rocks of Little Hunter's Beach in Acadia National Park before sitting down on some deadwood waiting for the perfect shot. The beach itself can be very different between high and low tides, which offered something different every time we checked it out. The one thing that remained constant was the rushing sound of the small rounded pebbles cascading back towards the ocean as the waves receded. Each new crash of a wave was quickly followed by several seconds of these small rocks rolling back down into the ocean. It was an incredibly relaxing afternoon, and that soundtrack will stick with me forever.