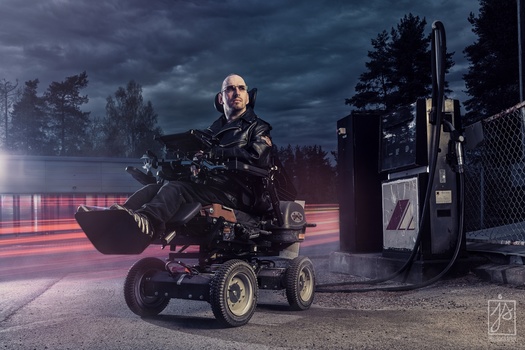 I had the honor to take promotion photos for this awesome document called "Wheels of freedom" that films Ville Jaaranto and his grazy idea of traveling across Europe by his power wheelchair.