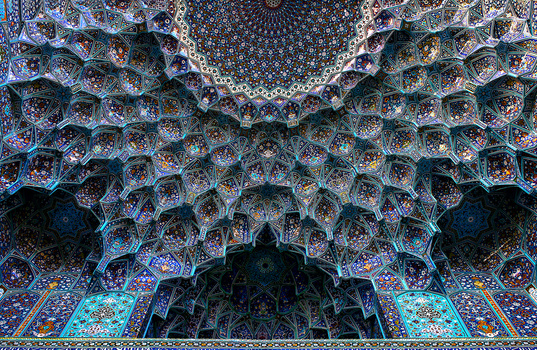 this the Roof Of the Front Door of Shah Abbasi Mosque or Royal Mosque is a mosque located in Isfahan, Iran. on the south side of Naghsh-e Jahan Square. It was built during the Safavi dynasty under the order of Shah Abbas of Persia. It became known as the Imam Mosque after the Iranian Revolution