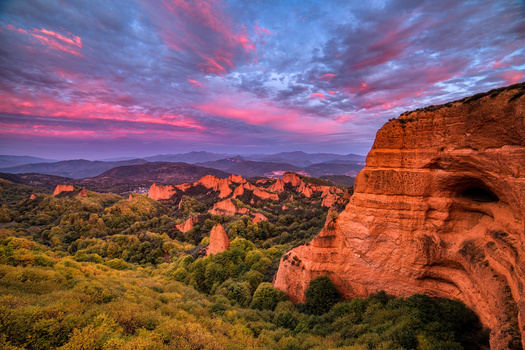 Las Médulas was an ancient Roman gold exploration in the open and is today a grand and spectacular landscape of reddish formations and chestnut and oak groves, on the site formerly occupied by Mount Medilianum. Using a rudimentary excavation process known as the ruin montium, the Romans dug small wells and galleries on ancient Mount Medilianum, where they led the course of straying rivers. The force of the waters eroded the crumbling cliffs that allowed the washing of the sediments, revealing the precious metal sought. This activity shaped the natural landscape, giving it a unique and unmistakable look. 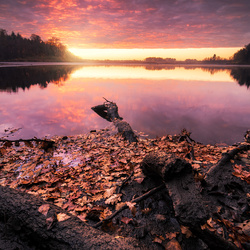 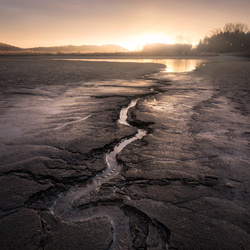 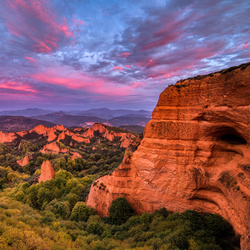