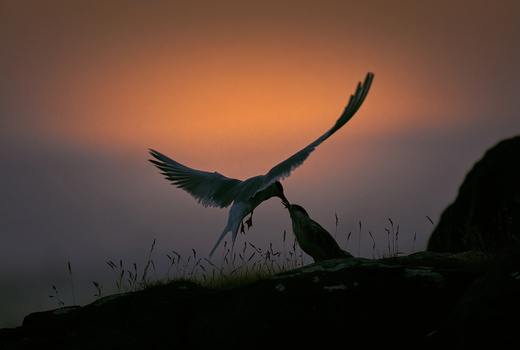 Tern feeding its chick in Iceland

Moment in which an arctic tern feeds its baby on the coasts of Iceland. On an Isladia beach and in the middle of the breeding season for the Arctic Tern, I could see how there were hundreds of mothers who went to get food to give their chicks. The most curious thing was that among hundreds of them each chick was able to recognize its mother seconds before it appeared. It was a sweet moment to capture