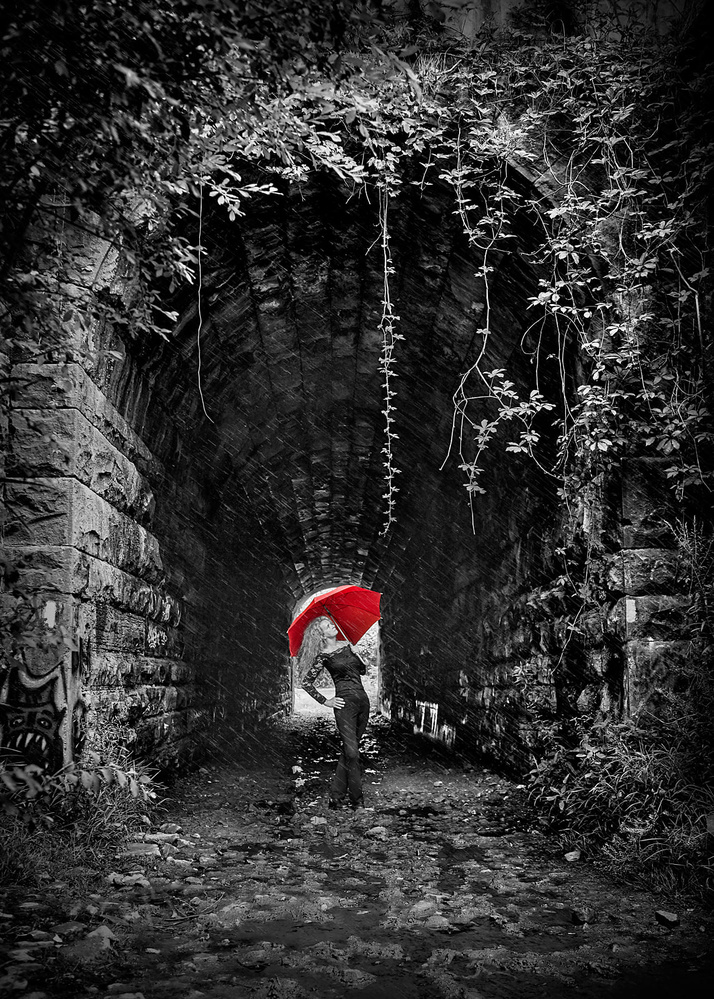 My wife Bev & I created this photo at an old abandoned location known as the "Screaming Tunnel". A local legend recounts that the tunnel is haunted by the ghost of a young girl, who after escaping a nearby burning farm building with her clothing ablaze, died within its walls. Several variants of the legend exist locally, one version has the girl set on fire by her enraged father after he loses custody of his children after a nasty divorce. Another tells of a young girl being raped inside the tunnel and her body burned to prevent any evidence from being found. All versions of these legends ends with the girl screams filling up the tunnel as she was burning to death.