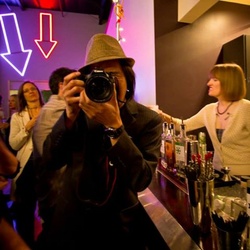 Jeff Chow has not bookmarked any articles.

Jeff Chow has not created any lists.

Award-winning creative who’s work has contributed to 4 Webbies, 2 Gold Lions and a National Magazine Award. After growing up in the world of science and engineering, he fell into photography shooting for Backpacker Magazine for 8 years where he hiked the entire Appalachian Trail and had a (bad) habit of chased bears, moose, and wolves. Now he connects you to the digital world through touchscreen interfaces as the founder and CEO of CTRL+Console. He hates inefficiency and was frustrated with endless clicking, tiny sliders and memorizing shortcuts - so he decided to do something about it. -- Reach him via @jeffchow_ or jeff@ctrlconsole.com