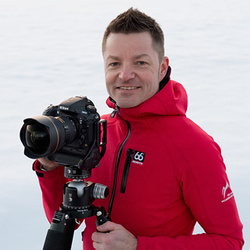 Average rating:
4.1 out of 5 4.1
Raymond Hoffmann
Reykjavik, IS
Menu

Raymond Hoffmann has not bookmarked any articles.

Raymond Hoffmann has not created any lists.

Raymond Hoffman (Iceland)
Raymond is known worldwide for his magnificent landscape photos. In the last couple of years his career as a photographer has taken a leap forward as he has been awarded internationally for his extensive work. Today he works as nature photographer where he leads photo workshops, mostly in the Nordic countries but also worldwide. Raymond is an ambassador for the Lucroit filter system, showing great results. Raymond´s work has been published to a large extend online. His work can also be found in published books, news papers and photo magazines. He has been actively working for different publishers and advertisement agents. In June 2011 Raymond was elected the best nature photographer by the biggest online photo community in Europe, www.fotocommunity.de As well one of his photos was elected one of the best photos at the 10 years anniversary of the organization. Raymond also won awards in many different international photo contests.