Bad news for drone owners in Sweden! The country has now effectively ban camera drones in its airspace. And if you thought you could bring your drone on your next trip to Sweden, well you better think twice unless you’ve got a permit.

Sweden is known for its strict surveillance laws. But knowing that there is however no law against Swedes taking pictures in public, it comes as a surprise that the country’s Supreme Administrative Court has ruled that camera-equipped drones qualify as surveillance devices, and as such, they can be used for personal monitoring, which infringes on people’s right to privacy. Whether you are a wedding, sports, or nature photographer, or even a journalist, you cannot use drones now without getting into legal troubles. 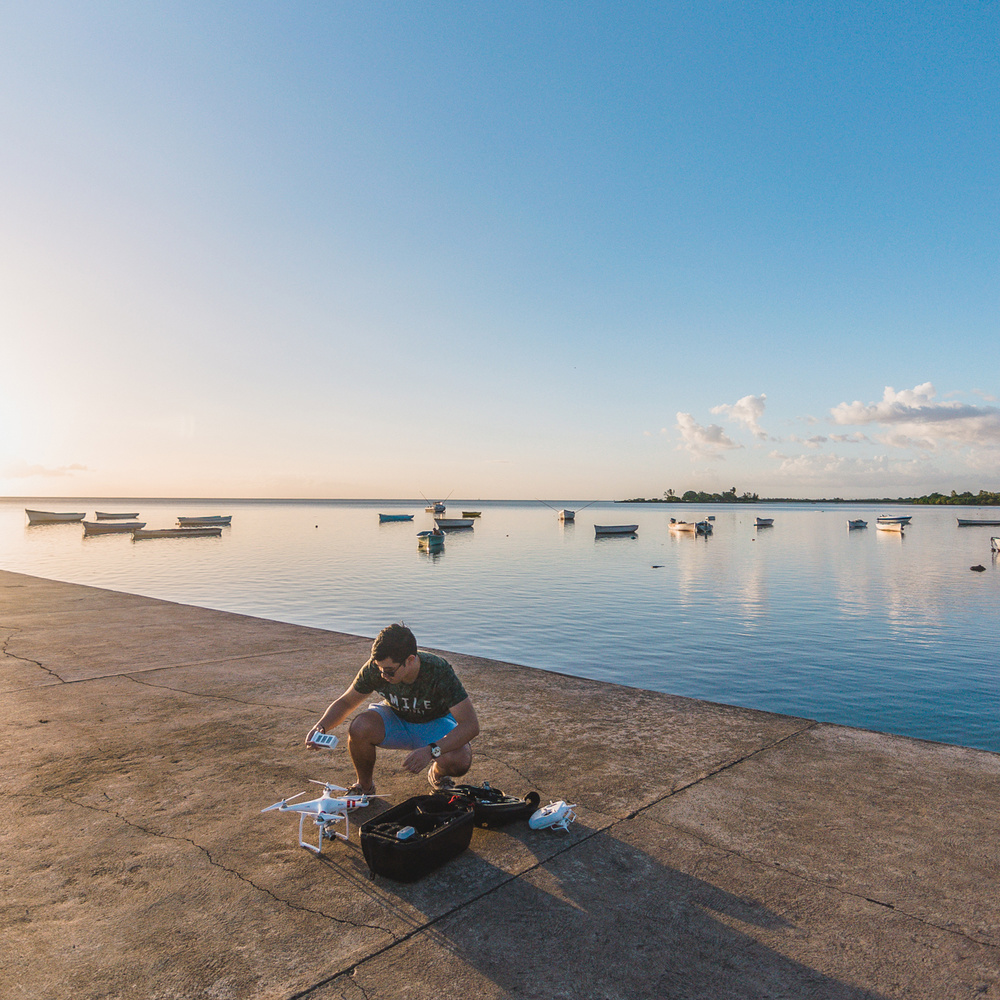 However, this ban comes with a couple of exceptions. In the first exception, law enforcement agencies are allowed to use drones in relation to accidents and crime prevention. The second situation where you might be allowed to use a camera-equipped drone, is if you possess a license. But that poses one problem. To obtain a permit to fly a drone, one must pay to apply for one, and the cost is quite expensive. And that person is not even guaranteed to get his license after spending so much money.

On the other hand, the same court in Sweden found in a linked ruling that cars or bikes equipped with cameras are not illegal. The ruling is so, since a camera mounted on a bike or a dash camera inside a car, goes where the person behind the wheel goes. Drones can be operated from afar, even when they are out of the sight of their operator.

This ruling constitutes a massive blow to the industry of aerial photography and the industry group UAS Sweden (Unmanned Aerial System) has made it known that this would cost some 5,000 jobs. Companies who rely on aerial photography will incur a loss in income for sure, seeing how no less than 20,000 drones units were sold in Sweden in 2014 and that about a 1,000 permits were delivered for commercial use. Filmmakers who use drones extensively to make a living are also now facing a hurdle if they want to carry on doing their job. 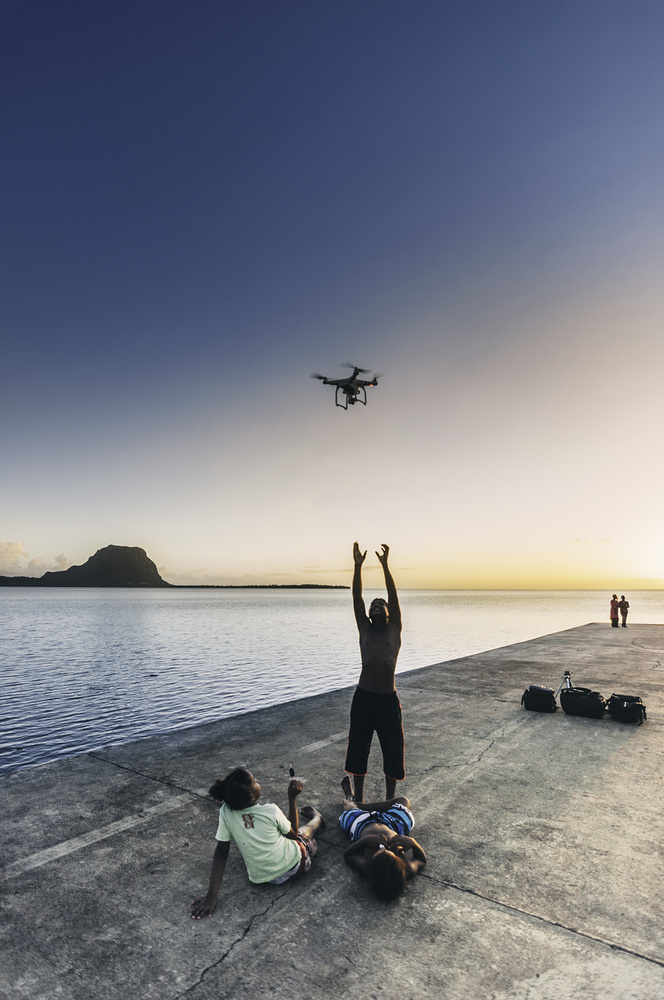 The announcement of this ruling from the Administrative Court of Sweden has been met with a lot of confusion but there may not be any change soon.  In the meantime, all the drone enthusiasts and professionals will have to go through the process of applying for a license if they want to fly their drones again.

Images used with the permission of Yatish Ramdharrysing & Kevin Neergheen.

A question for all you droners out there. I live in the UK, where they have restrictive drone rules, like no flying in Royal parks. My question is, how are these laws actually enforced? What stops someone from standing outside the park and flying the drone over the park? Finally, if caught, is there any penalty or is it simply a slap on the wrist?

When I see Casey flying drones through NYC whilst skating, it makes me think that no one really takes drone laws too seriously.

I am one of those directly affected by this. I use my drone several times a week to photograph houses for sale. Which counts for about 80% of my income. I do have a license to use it from before. But as far as I am concerned we cannot get a new permit for this kind of work.
/pissed off swede

I'm so stunned to hear this. So you don't get a permit for your line of work ? Then I wonder for what exactly do they give out a permit then!?

As I understood it; permits are only available for crime fighting and such. Not even journalists can use them.

If you get your permitt, all your filmed material must be sent in for inspection and hopefully you get it approved in about 3 months so you can use it.

They should focus on rules of safety, a drone is not a surveillance camera in my opinion.

No one wants to feel like they are getting spied on, I get that part. However, I believe it's better to manage it thru regulation vs all out stop it except for the government and a very difficult or costly permit process. Otherwise it's like putting a 20mph speed limit on a highway. They may find that no one will obey the law. Particularly with 20,000 drones sold in 2014. How many were sold in 2015 and 2016? My bet is they come up with a middle ground. The question is how long.

I'm betting it's going to be quite difficult to enforce that law against enthusiasts and professionals. Because if you spot a drone flying, you cannot know who the owner is, unless you follow it till it lands back in its owner's hands.

I'm not sure how you could manage it through regulation. It would be difficult to determine someone's intent from just seeing it flying around. Do you stop every drone operator and demand to see their footage? I think you're probably right about people obeying the law, though.

I agree there will be poor compliance, but a serious business operating outside the law gives all sorts of transparency and credibility problems.

Which is why my guess this law is more aimed at the professionals than the drone enthusiasts...

Another oddity is that the law only applies to operators based in Sweden or outside the EU. So moving your company to Denmark would make it legal.
Meanwhile, here's my solution. 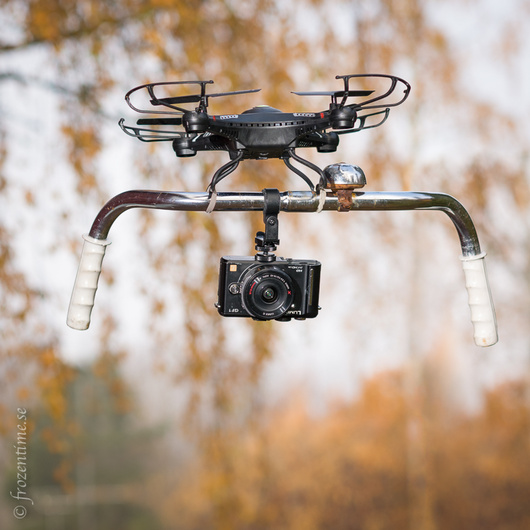