Strict laws around social distancing has meant an abrupt halt to most photographers’ shooting schedules. One creative wedding photographer, however, is finding a resourceful way to continue taking portraits while documenting lockdown: he’s using his drone to take pictures of his neighbors and their families.

The method is photographer Adas Vasiliauskas’ fun way of still being able to take pictures while ensuring there’s no risk of contracting or spreading COVID-19. The images provide insight into how different people are handling their time spent cooped up indoors. 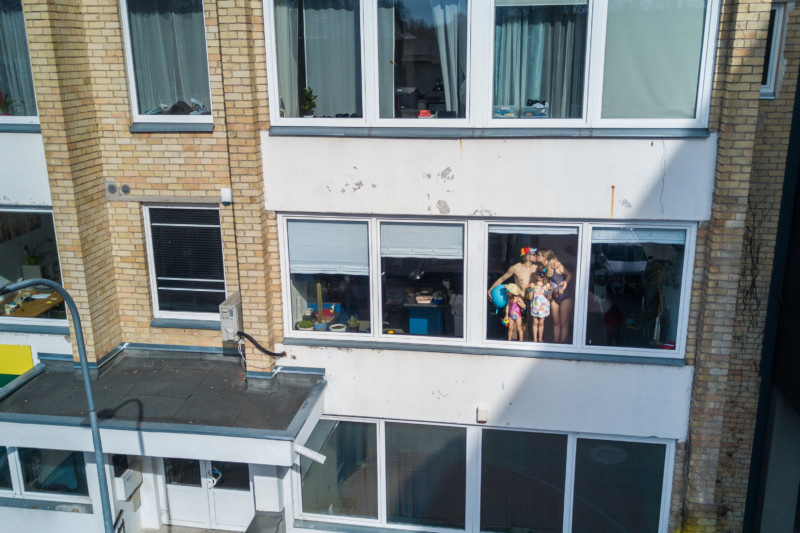 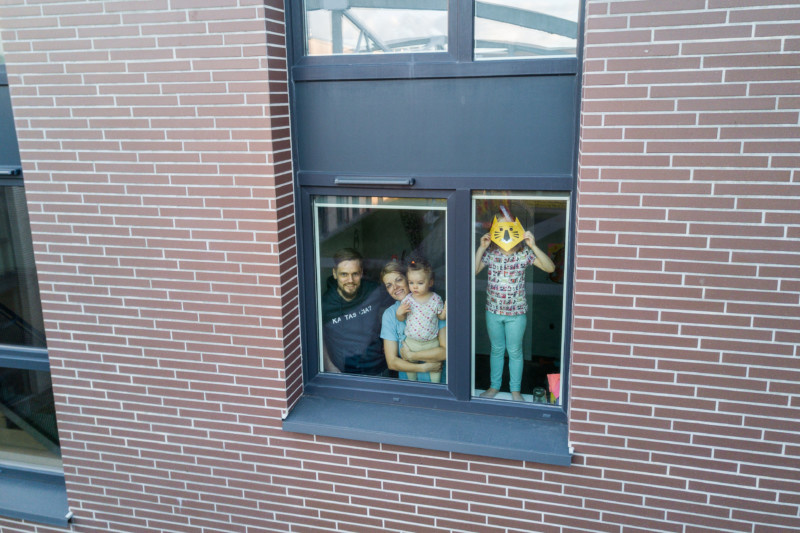 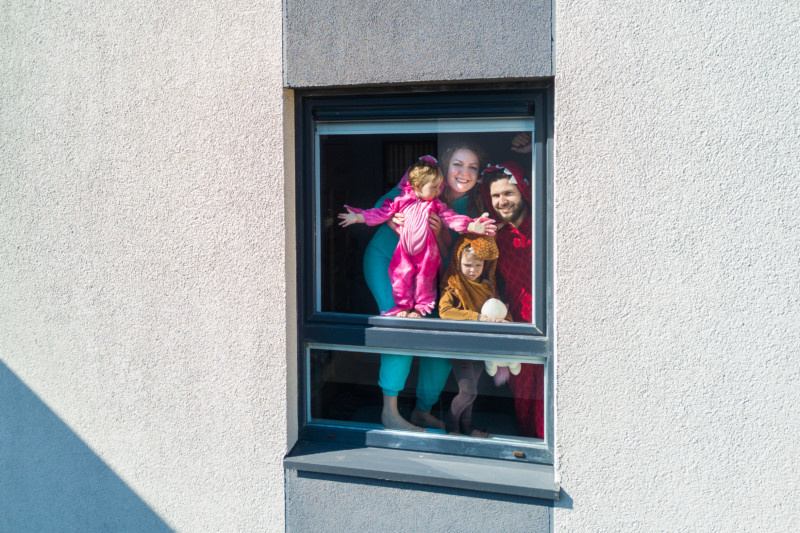 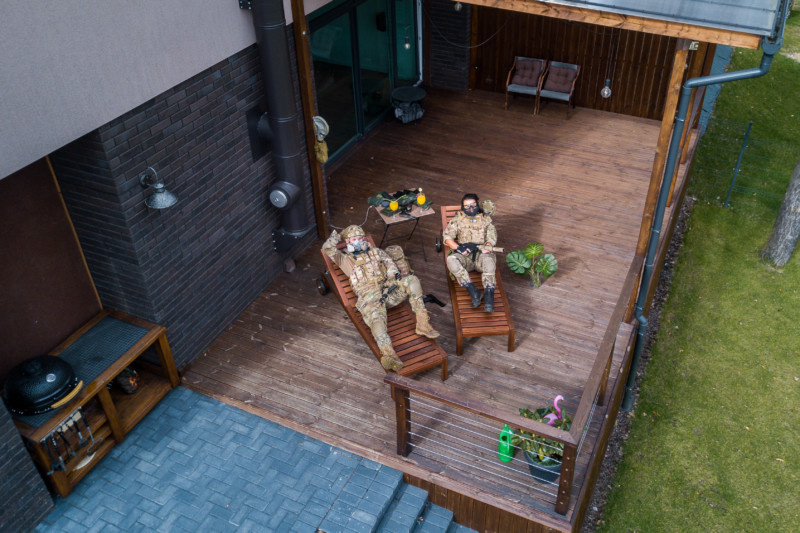 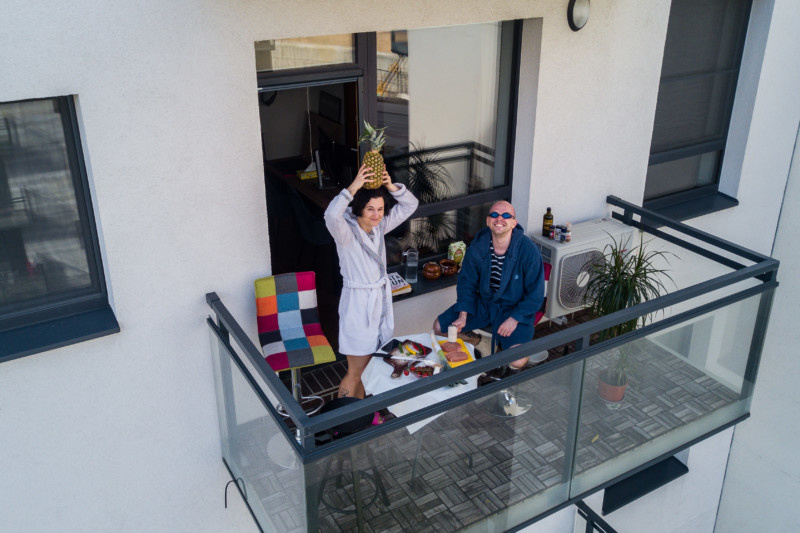 Many of his subjects pose in their apartment windows, while others are lucky enough to have a balcony or terrace to venture out on. Based in Lithuania, which is currently under quarantine like much of the world, Vasiliauska found all his jobs were canceled, or at best postponed for the foreseeable future. He explains his thought process:

I knew that I needed to photograph something interesting, but this social distance thing was a tricky thing. At first, I thought of offering to shoot people with a telephoto lens, but then I remembered I frequently use a drone in my wedding photography, and that the drone is a totally zero-human-contact way to capture things. 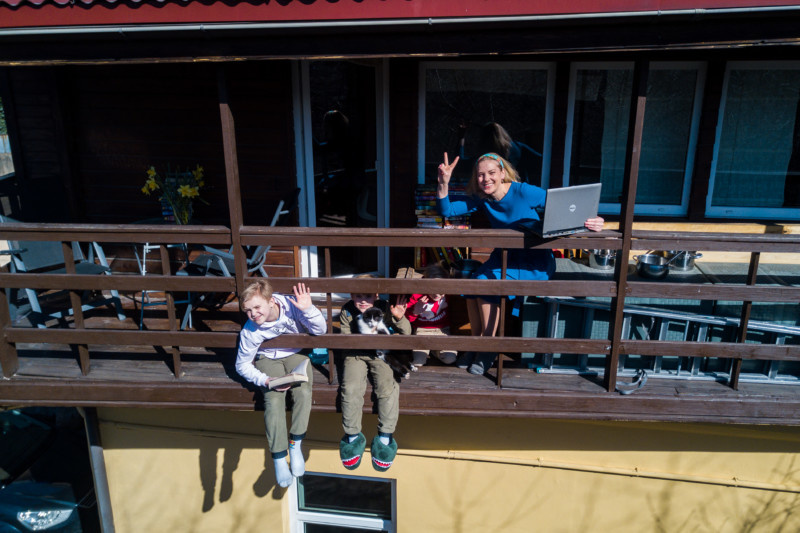 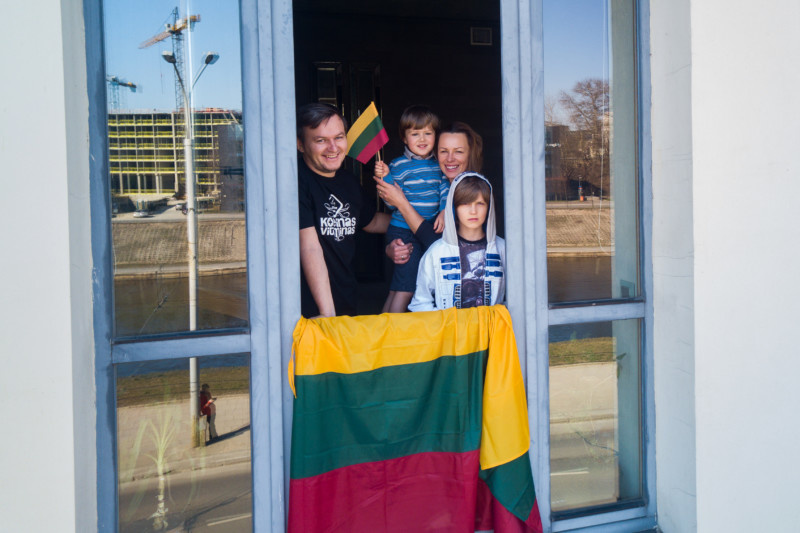 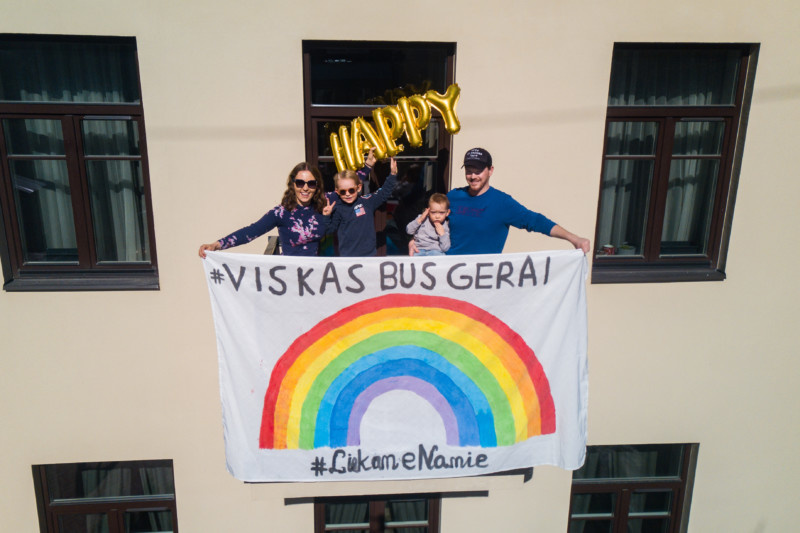 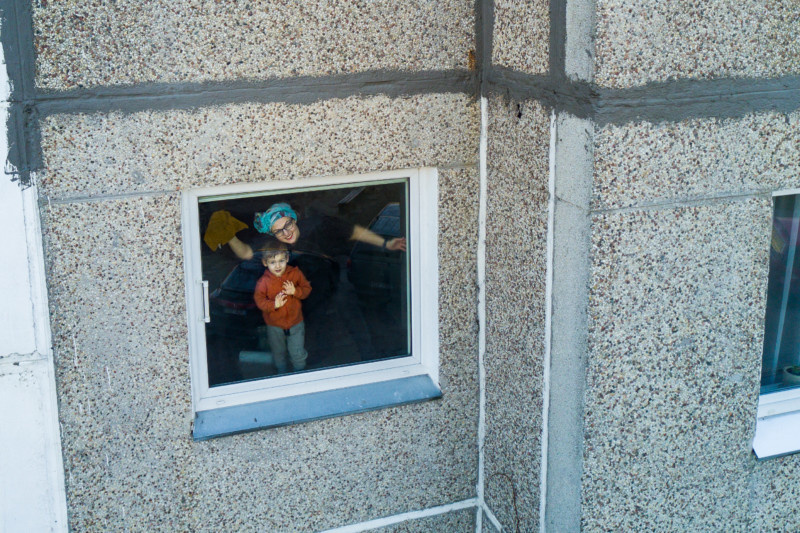 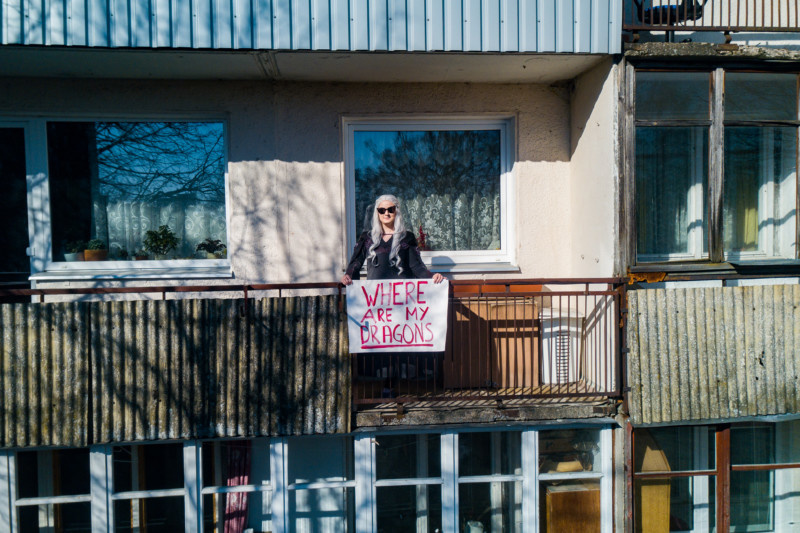 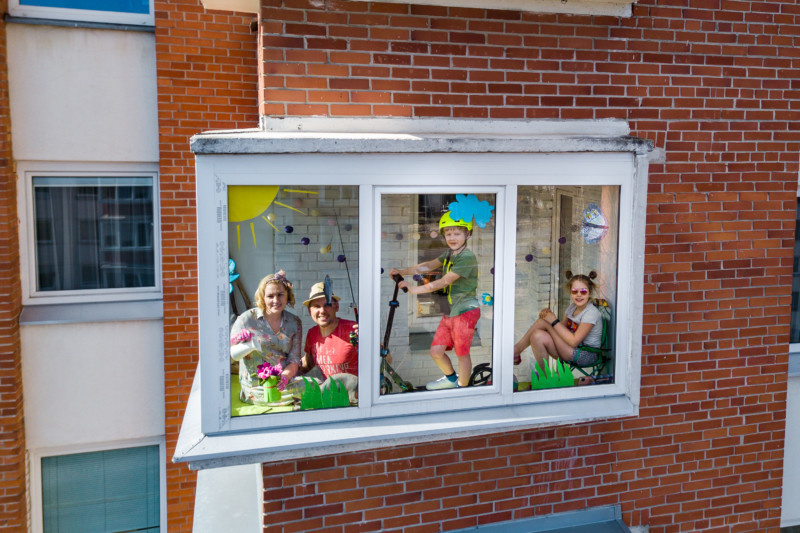 He says he began taking pictures of friends, and after a positive response on social media, expanded the horizon of who would become his subjects. He says he hopes the lighthearted series can remind everyone that there’s still fun to be had despite being locked up. 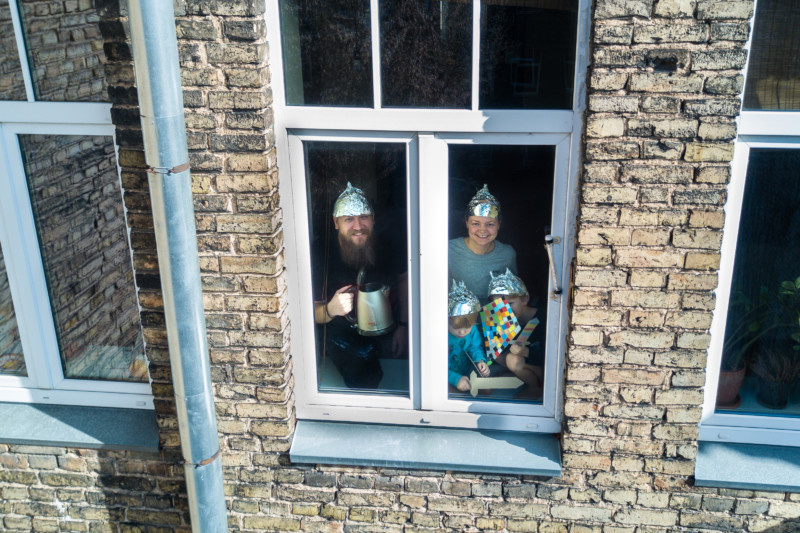 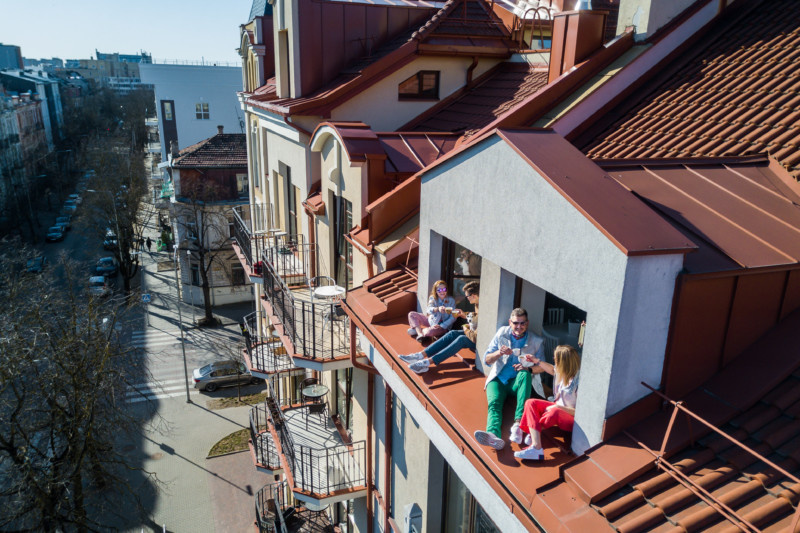 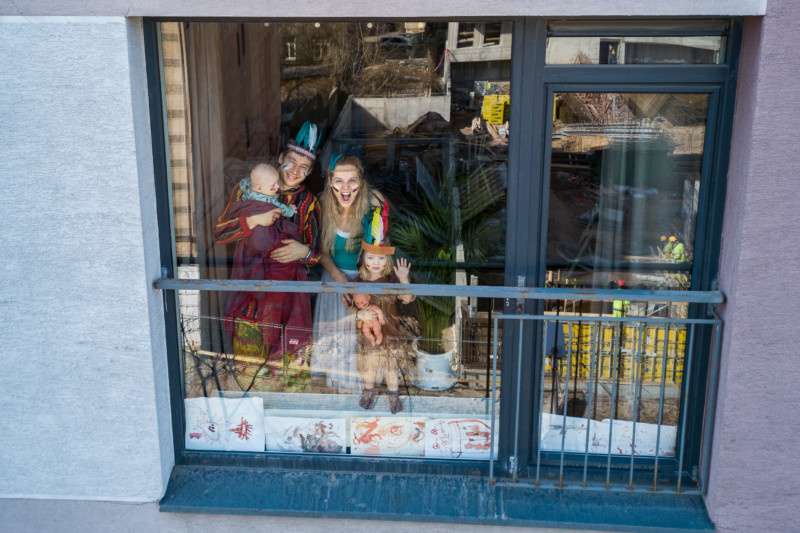 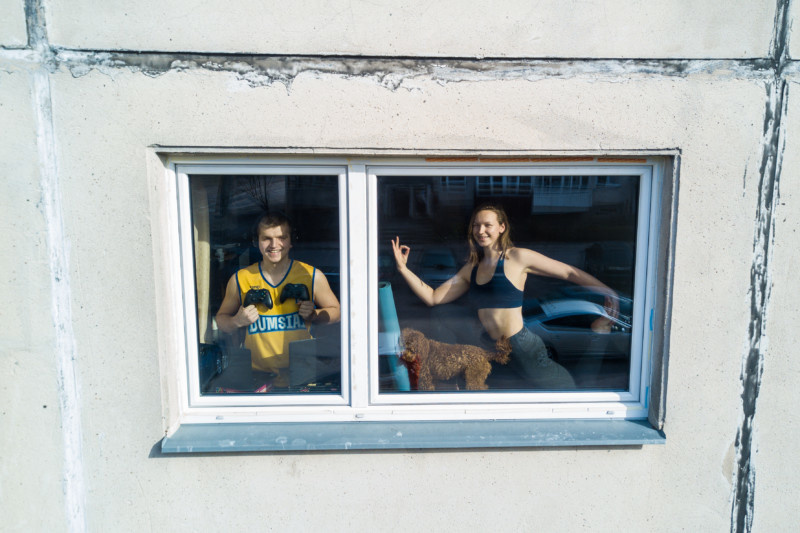 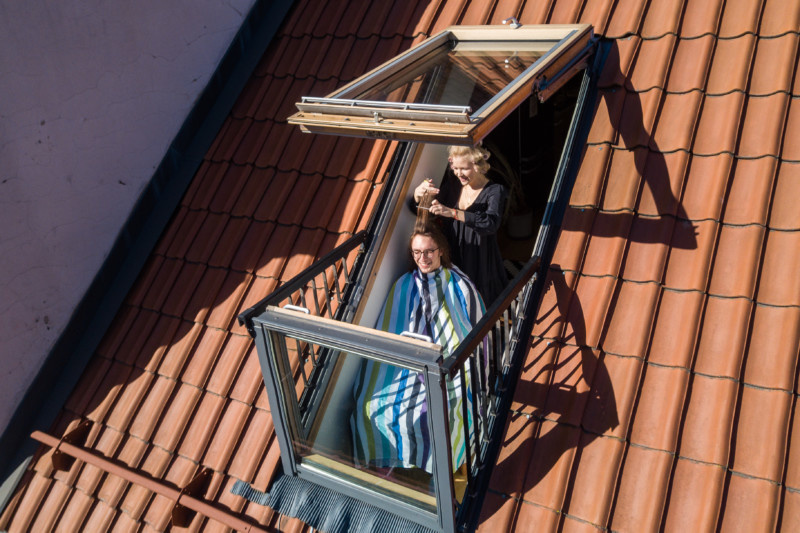 All images courtesy Adas Vasiliauskas and used with permission. All of the subjects of this photo series consented to having their portrait taken and shared.

See now that's awesome. 30-40 years from now it will be very cool to look back on those images like a little time capsule of the craziness in our word right now. We need more of this.

Very nice work! you captured a piece of history, and you did it very well

Really pleasant with this series. Thanks