In 2014, Lee Morris and Patrick Hall of Fstoppers teamed up with travel and landscape photographer Elia Locardi to produce a series of photography tutorials unlike anything currently on the market. Perhaps the most ambitious project ever produced by Fstoppers, this photography series follows Elia as he travels to some of the most exotic locations in the world. During an intense 45 day adventure, Fstoppers forced Elia Locardi to share everything he knows about landscape, cityscape, and astro photography. 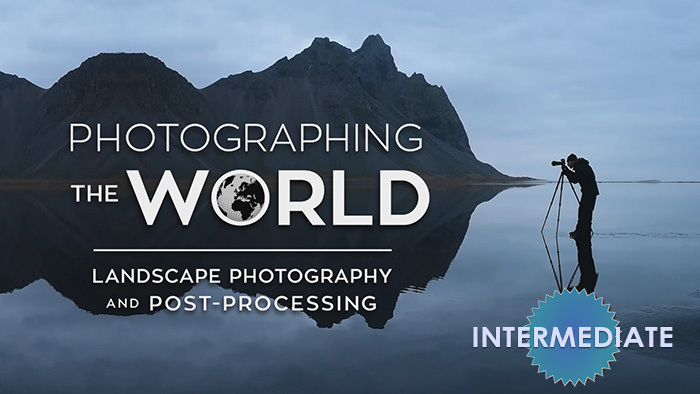 The project was initially set to be one single educational tutorial but the team quickly realized there was simply too much material to squeeze it into one single download. As Elia, Patrick, and Lee traveled through Iceland and New Zealand they decided Photographing the World should be split into two separate photography workshops:  Landscapes and Cityscapes. The first tutorial, Landscape Photography and Post-Processing, followed the team around some of the most remote parts of Iceland and many of the most beautiful locations in the southern island of New Zealand.  The second tutorial, Cityscapes, Astrophotography, and Advanced Post-Processing, focused on blending natural light with man made artificial light in a few of Elia's favorite ancient and modern cities including Cinque Terre, Rome, Angkor Wat, Singapore, and Hong Kong. 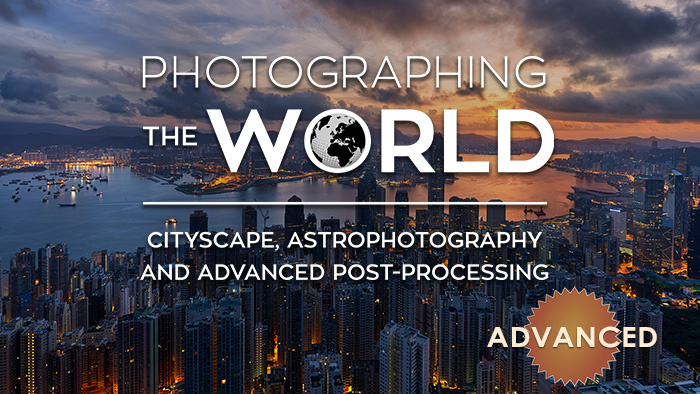 Photographing the World not only exposes the in-field techniques Elia uses to capture each location but it also teaches Elia's exact workflow from the initial RAW processing to the final image sharpening and every in between. For the beginner or intermediate photographer, Elia carefully explains the steps he takes in capturing each photograph in the first landscape tutorial. With each new location, the fundamentals of landscape photography are examined as Elia works through each image out loud. For the post processing section in the studio, the first few images start off with a single photograph and quickly build up to more advanced techniques like blending multiple exposures and using supplemental software to make your images more vibrant and exciting. 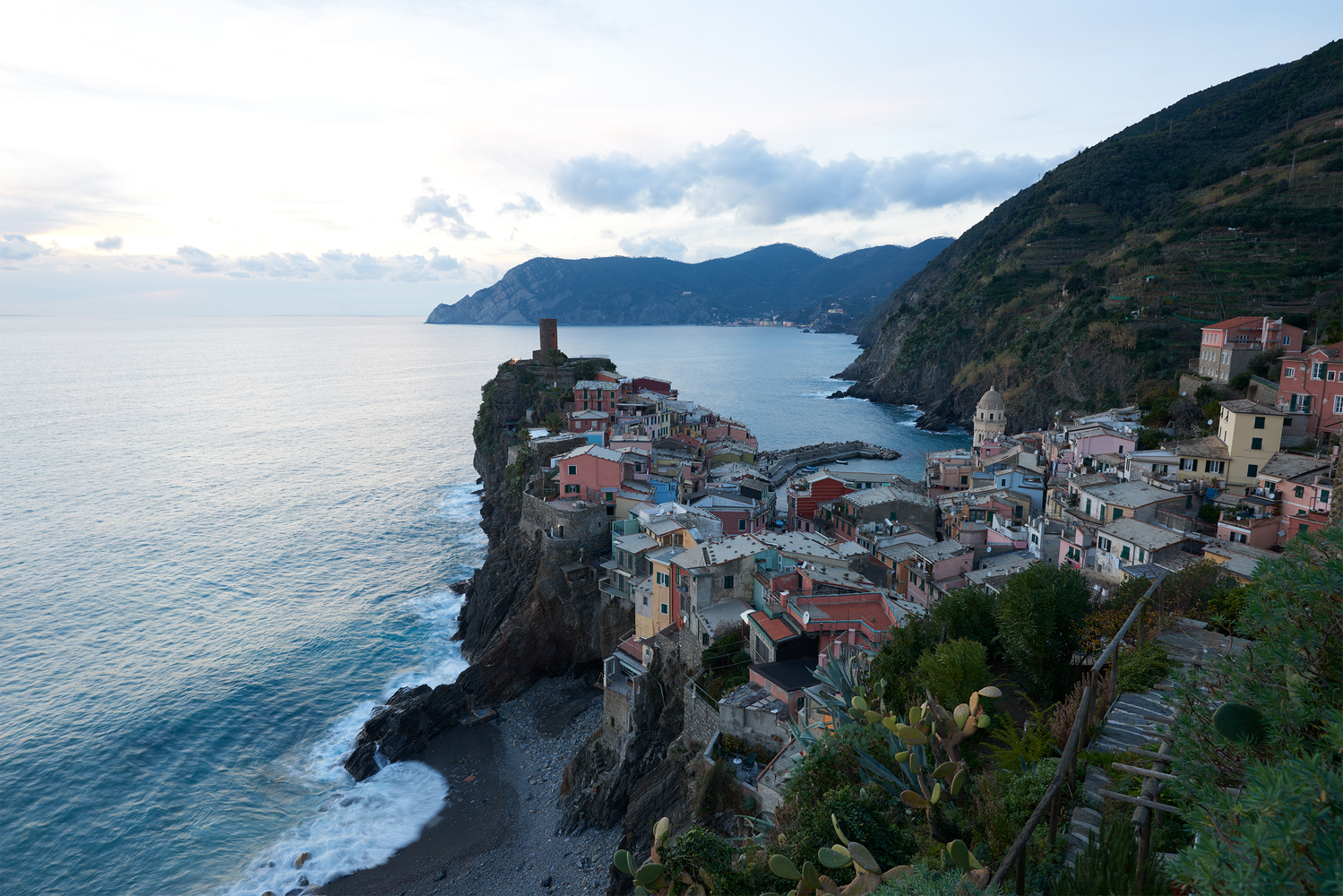 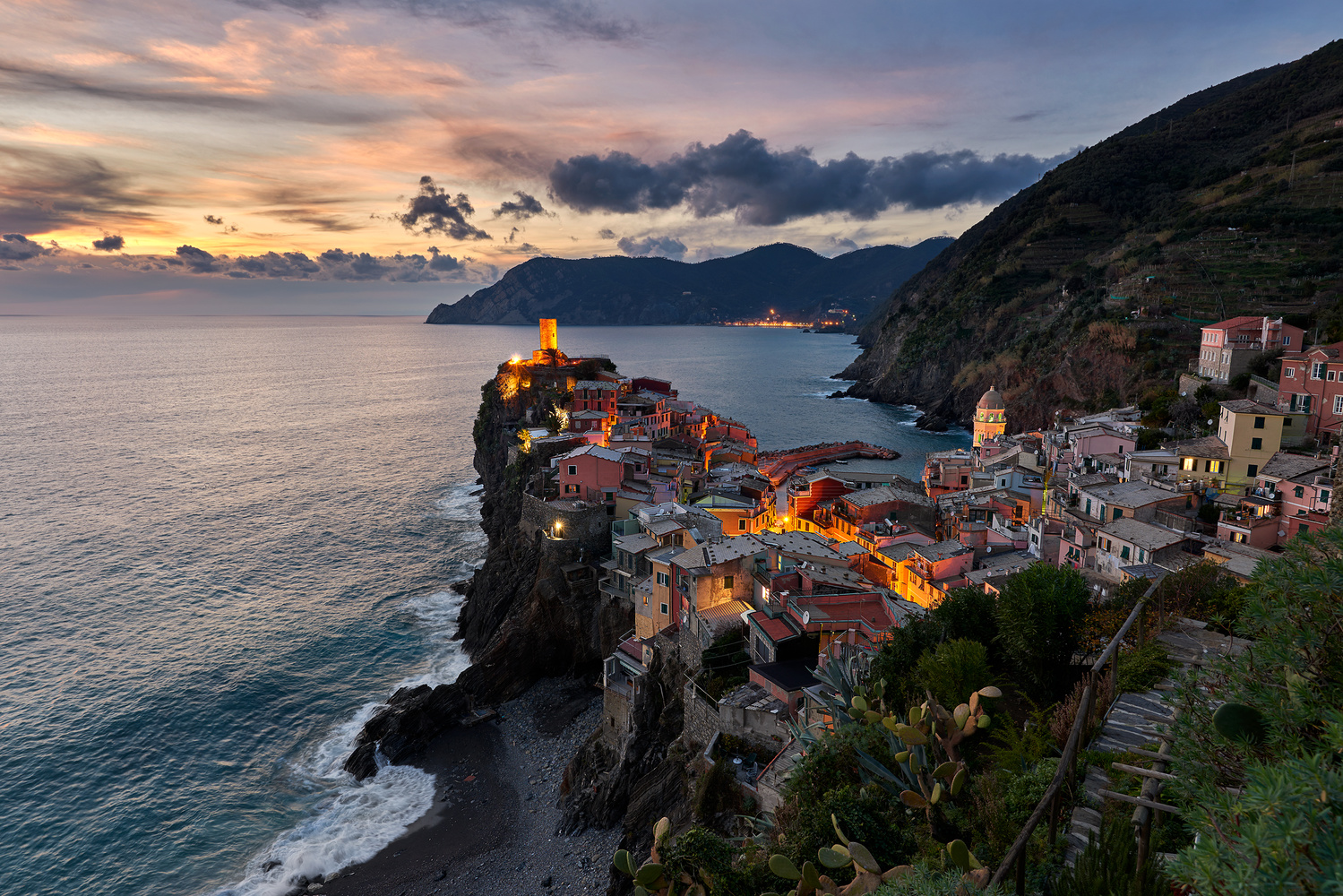 The second Cityscape tutorial starts where Landscapes left off and offers many more challenges for those looking for more advanced techniques. Elia touches on his "moments in time" frame blending approach in the first tutorial, but this system of blending multiple files together from different times of day becomes a critical process for capturing glowing cityscapes. Everything from multi layer blending, illuminosity masks, level clamping, micro contrast adjustments, and alpha channel selections are used to help seamlessly blend beautiful sunsets with night time city lights. The resulting images are unlike anything you can produce with a single frame. Once you learn these tips and tricks from Elia you can use them yourself to produce images that will look the way the scene appeared on location. 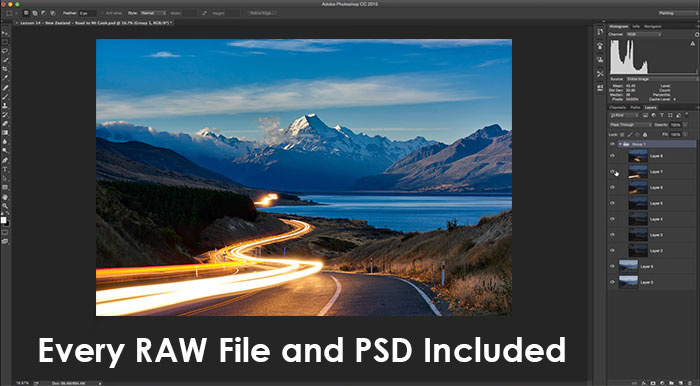 Each tutorial comes with video files that walk you through both the on location shooting as well as the post production steps Elia uses to create his photographs. Every lesson includes the actual RAW files and catalogs Elia uses so you can follow along with him and create the exact same final images. When you finish watching these tutorials you will not only learn about all the gear, scouting tips, composition techniques, and camera settings Elia uses on a daily basis, but you will also gain a new mastery of simple yet highly effective techniques in Photoshop, Lightroom, and other image editing software. 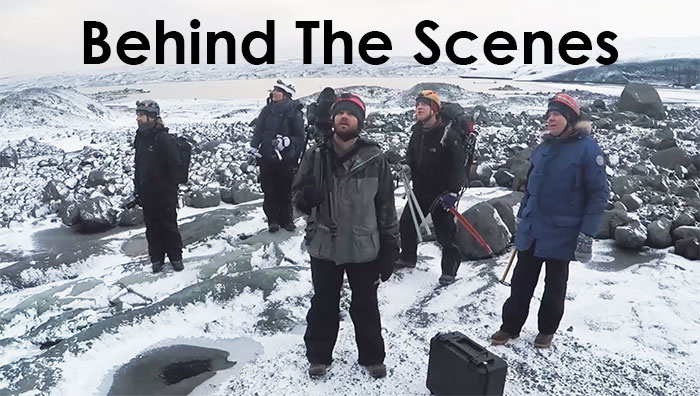 As an extra added bonus, both Photographing the World tutorials come with a full behind the scenes video series showing exactly how the tutorial was produced. Each 8-10 episode season follows the trials and tribulations that come with living on the road nonstop for months at a time. Not only do you get to see an insider perspective on how Patrick and Lee filmed Elia's lessons but you also get to see some of the funny moments in between hotels, cities, countries, and continents. There were simply too many amazing locations to fit in each of these tutorial series but the behind the scenes videos let you experience some of the culture and people that make these travel spots some of Elia's favorite places in the world. You can watch the first behind the scenes episode from Iceland below or you can view every episode from the first season here on Fstoppers.

If you are interested in more information about either of these two photography tutorials, head over to the Fstoppers Store for a full description of the lessons, and check out the two full length promo videos below.

Here is a short journal entry from Patrick Hall during the first month of traveling through Iceland with the team.

When we approached Elia about making this tutorial, we knew we wanted it to be all-encompassing. Elia has an impressive portfolio (check out his Instagram), and we knew that we wanted to capture him in his element so he could explain everything he knows about landscape photography. The first part of this tutorial will focus on the unbelievable landscape scenes of Iceland. Elia acts as your personal guide to some of Iceland's most iconic waterfalls, seascapes, and land formations. Each location presents its own unique challenges for Elia to work through including snow, hail, winds, rain, freezing temperatures, overcast light, tourists, and other obstacles faced by landscape photographers.  And just for fun, Lee and I are filming an extensive behind the scenes video showing all the challenges we have faced as directors, sound engineers, drone pilots, video editors, and luggage handlers....lots and lots of luggage! 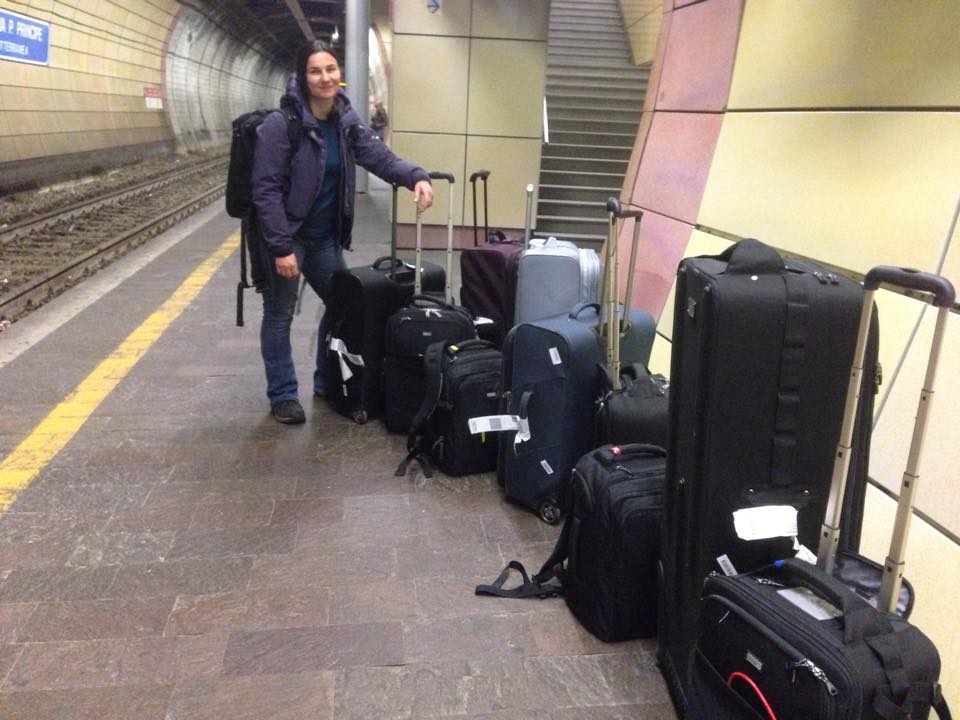 One reason we decided to travel to Iceland in the winter was we wanted to cover a large variety of shooting situations and weather conditions.  Throughout our trip, Elia photographed multiple Icelandic waterfalls and even took us to an ice cave buried beneath Europe's larges glacier.  At times we were shooting in blizzards, hail storms, cold rain, and even one of the largest hurricane's Iceland has experienced in over 20 years!

During our trip around Iceland, we were lucky enough to experience a few nights of strong Aurora activity.  Watching Elia work his way through scouting a proper location to photograph the northern lights was pretty interesting.  I had no idea there were so many challenges that came with composing a shot in the dark, working with moon light, exposing for moving foreground elements, and staying warm in sub freezing temperatures.  Since we had already filmed a wealth of information in the previous weeks of travel, having some night landscape shooting was a nice little bonus I'm sure everyone is going to enjoy .

A few days ago we were able to edit and publish a video of all the best drone footage we took while driving around Iceland. One of the nice things about only having 8 hours of daylight is we have had plenty of time to sync and edit much of the footage we filmed that day. Lee and I typically don't edit much while on the road so it was a pleasant surprise to be able to actually release something for everyone back home while we are still traveling.  Today we just arrived in Italy and traveled by train to Cinque Terre. The plan is to knock out a few of the lessons right away so we have some time to relax before heading into Rome. Lee spotted some paragliders today so maybe we can all go flying before we load up and take off from here.  We shall see...