Would You Buy an Olympus O-MD E-M1 Mark III Instead of a Sony a7 III?

The launch of the new Olympus O-MD E-M1 Mark III has reminded the world that micro four-thirds is not dead, and right now, it’s almost exactly the same price as the Sony a7 III. If you were in the market, which would you buy?

Over on B&H Photo right now, there’s a dollar difference in price between these two cameras, though if you opt for the Olympus, you are buying a camera with a much, much longer name. That said, in a world when full-frame offers so much, why would you ever want the smaller sensor? This entertaining video from Vistek makes a compelling case for the Olympus, and clearly it’s a tool that definitely fits well under certain circumstances.

Certainly, if I were about to head off for the Sahara, the Sony a7 III would be quite far down my list of cameras when it came to choosing what to take with me. It’s not just weather-sealing, however: if you’re shooting wildlife and wanting to travel light, the Olympus is a much smarter option. But there are a couple of other good reasons, too, as outlined in this video.

Which would you opt for? Is Olympus lampooning us by giving this camera such a long name? Leave your thoughts in the comments below.

Posted In:
Gear
via:
Vistek | Your Visual Imaging Experts
55 Comments

You obvioulsy are not the target. What is your main gear ? Shooting f/1.4 lenses wide open very often ?

There is nothing wrong with the image quality and I found plenty of commercial applications where it was perfect or more than enough.

For personal work I took it to all the challenging locations...Belize where the humidity was so high another camera would have had trouble. I dunked it in a river and it survived. Took it to Morocco and it survived 4 days in the desert heat and dust. etc etc etc.

The sensor has barely been advanced and the other features are simply not worth paying a premium for. Not when you can get a FF mirrorless system for the same or less.

I agree, the sensor is old, and the price is high - It should get lower.

For street/nature photo at dust or night, or paper thin depth of field, or loads of pixels, then full frame is the tool. Else, I'm really good with my olympus, hiking in the tropical mountains.

There is a tool for everyone, so, mft isn't ready to die.

The advantage that Oly had over everyone else was size. That went away with the E-M1 MKI. If you wanted the best lenses you had to cede that too. I bought the 12-40 and 40-150 the first day they were available.

The Size advantage is gone. The price is gone. Image quality is not equal to a FF. Ergonomics...that's simply subjective. The menu system is still a hot mess.

And they want people to pay the same or more than a FF platform?

To your point on shallow DOF...micro four thirds lenses are designed to be shot at the max aperture. And the DOF isn't a selling feature.

Look I'm a fan, but not where the money/value is concerned.

“The advantage that Oly had over everyone else was size. That went away with the E-M1 MKI”

The E-M1 is the only available Olympus camera?

To get the best image quality out of the platform you need their most expensive lenses, which are also large.

Why would you buy an Olympus (any model) when you can buy a FF of the same size and equal or better IQ for the same money or less?

"But the image quality is the same as soon as you close the aperture to obtain a certain depth of field."

A bit late for a reply..

As long as you want some depth of field, you close the aperture, twice on a FF camera, with a loss of 2 stops of light.
If it's dark, you may need to rise the iso to keep a shutter speed fast enough, and also get the 2 stops from the closed aperture back => 4 times higher iso.

If you can work with a minimal depth of field in dark situations, then a full frame camera is the weapon of choice. We agree there.
Else, a micro four third is almost always sufficient, if 20Mp is enough.

Just another gear loser who picks gear over skill

The difference in image quality is very real. Olympus is too much of a compromise.

Like image quality is everything that matters. :D
The difference is minimal unless you're shooting in darkness.

I shoot in darkness. Image quality matters a lot. The difference is very real.

How did you come to that conclusion?

not sure about the traveling flex... seemed odd... petty... most people can find humidity, water and sun... next?

I won't comment on your travel experience as a photographer as I can't possibly know that. But your comment strikes as someone who maybe hasn't gone off the beaten path often.

I referenced Belize...miles and miles of river out of Orange Walk to access Lamanai. You can get spray to full on rained on in the open boats. Then spend hours walking around the jungle where the humidity causes water drops on your lens and drenches your clothing.

The Oly is a tough camera that can handle all of that no problem and at the time I adopted the platform I was moving away from a Canon 1D series set of bodies with large L lenses. A nightmare to travel with let alone hike etc for extended periods...and I'm not small. 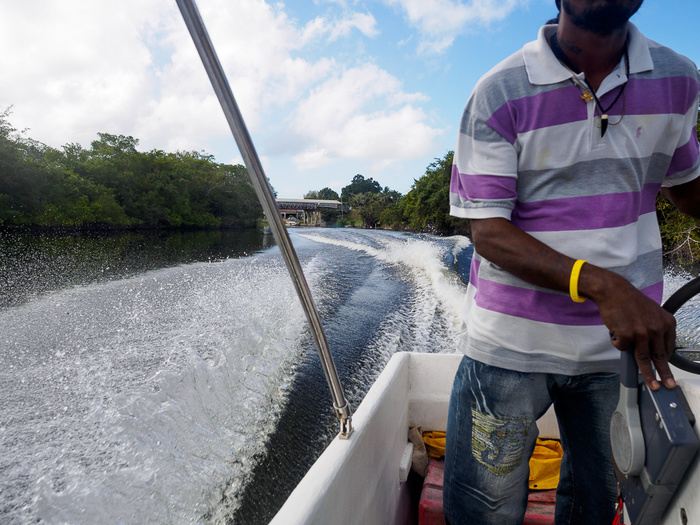 That's the use of it.

no one ever wins with arrogance... case in point... you.

An easy dig when you have no rational reply.

In my point of view Olympus is targeting the new EM-1 to professional user (as it's always been with that lineup) and the price they're asking is related to the super ibis, handheld high res shot, nd filter simulation, one of the best tropicalization etc. There are target user where a MFT sensor it's more appealing than FF and those new features are useful and worth the price.
I personally have shot with EM1 mk1 + OLY 12-40 PRO for some years and recently got a pen F with a 12mm f2 prime and i've honestly stopped using the em1. The quality is more than fine for me and the size is quite small (i don't think you can get that small with a FF and a 24mm f4 (correct me if I'm wrong)).
I agree that pricing it's probably too high compared to what you can get from other brands nowadays and that's why I did not upgrade to a EM-1 mk2 or 3 but I also have to say that most of the features that this cameras offers are not for my tipe of photography.
I think we should be glad that Olympus is so resilient and gives a different option to consumers who are no willing to get a FF
But this is just my opinion

Looks pretty alive to me. Yet another new camera released. New lenses coming too before the summer. Yeah... Dead alright... Some people... :D

DO you know how big Olympus is a company?

My partner recently went into the doctor for a routine scan...which was performed on an Olympus medical device. They are huge. Big enough to keep the photo dept in business for a long time. Doesn't mean it will be profitable or worthwhile as a platform.

worthwhile to whom... may I ask?

"Doesn't mean it will be profitable or worthwhile as a platform."
- And how big Olympus is means it might not matter at all.

Which makes your tonynorthupesque opinion (m4/3 is dead) even more... let's say doubtful.

LOL why are you bringing Dr Strange into this?

It's about answering to shareholders my friend. Making maximum use of a company's resources for a profitable endeavours. Not a stagnant or failing division.

"DO you know how big Olympus is a company?"

Big enough to let go of a small portion of their company that's underperforming without taking much of a hit. Being a big company isn't always a good thing.

Why would you waste company resources to support a failing division...do you think SHAREHOLDERS will accept that indefinitely?

Samsung is also a very large company, yet they dropped the camera division because it was not feasible in the long run when compared against more established camera companies...who are also having dificulties selling products.

Couldn’t disagree more. Micro 4/3 is perfect for travel and vacation photography. I’ve been using Olympus micro 4/3 for years and love the small size (and lack of weight) on the bodies and lenses, many of which come down to f/1.2.

As I've stated...there is nothing wrong with the IQ.

It's the price. The cost of a FF or even APS-C has come way down and the lens offerings have essentially caught up. Why would anyone pay a premium for an M 4/3 camera system now...with inferior IQ from an old sensor?