Just something I shot the other day.

Not the best shot I have taken but I really liked the subject. Any feedback is welcome. 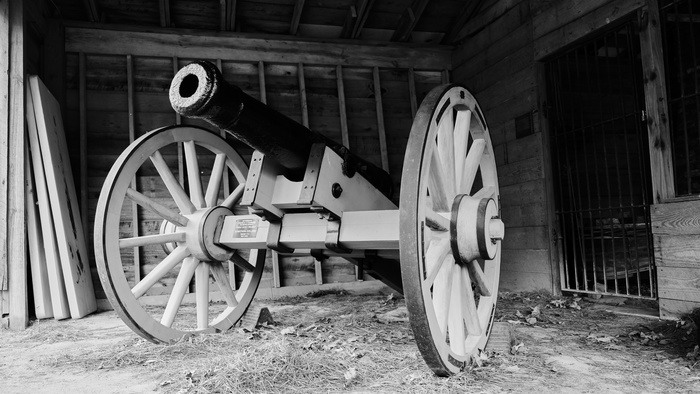 Good subject as you suggest, Luke. I think the image is fine in terms of composition, which is fundamental. Many people struggle with this, but you've done a good job here, which suggests something about your "eye".

I realise you say you're new to photography, but you seem to be computer-savvy. A little editing with any image manipulation software could lift this image further.

Here, I've mainly lightened the shadows, because there is interesting detail in the building, and to make the form of the cannon easier to make out, as its trail end is in lower light levels than the muzzle and front of the carriage. I've made other minor tonal adjustments.

The building appears to be out of square. I think your camera may not have been levelled, making the whole image rotated ACW by a couple of degrees. Also, with your low angle of view, there is probably some convergence of verticals. This can be part of the appeal of such an image, but for me here the net effect of all those non-vertical "verticals" is slightly unsettling. Just for fun, I've had a go at ameliorating this as well in this edit. Just to give an idea of what can be done. Not saying you should do what I've done here.

You're off to a great start! Keep at it, and show us more of your work. 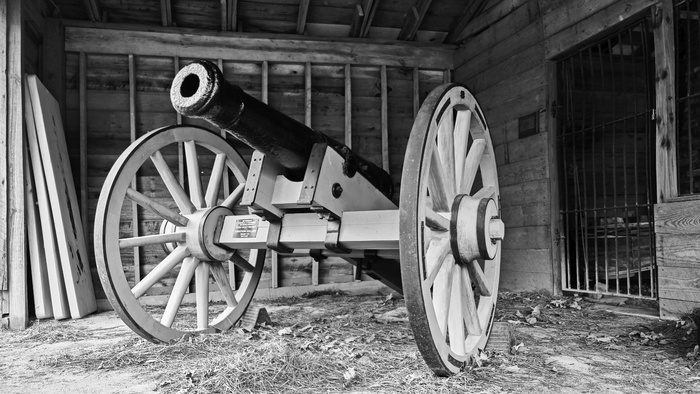 Thanks for the feedback Chris. I like what you did with the shadows. I'm still learning the ins and outs of Capture One.

I wasn't sure if I should adjust the walls or not. The building had an extreme slant to it and some walls were leaning. The pad the building stood on was also sloped for drainage. All together all lot of the shots there had a fun house feel.