EDGAR (Junior to most) FRICKE’s lineage to Round Top stretches back to his great grandfather George who fought in the Mexican War of 1846. His grandfather was a founder of the Round Top bank which still guards Ed’s money.
For some of the early pioneers, rifle clubs were a necessity. Those immigrants who had come from large cities in their native land had never had the need for guns soon found they were essential in Texas not only to hunt animals for food but also to defend themselves from marauders. Many of the German newcomers already had a long tradition of communal groups such as choral societies, gymnastic teams and marksmanship clubs.
Round Top’s own Schϋtzenverein or Rifle Club was established in 1873 and has always been the social mainstay for the local German community.
One of the Rifle Association’s biggest events of the year is the Schϋtzenfest, the rifle marksmanship competition . The contest is taken very seriously with rigourously enforced rules regarding distance from the target and the type of rifle. You know you’ve hit the bulls-eye when the white, tin rooster pops up, earning you twelve points.
In the evening, the community get together, many dressed in traditional Bavarian costume, to crown the winner who is paraded into the hall by the members. The previous incumbent ceremoniously places a hand-made crown of cedar twigs on the new king’s head and he is then hoisted into the air three times by a couple of the strongest members. The new König’s first official duty is to open a keg of real German beer amid some hearty singing of German folksongs accompanied by Blasmusik.
For Ed the Schϋtzenfest is not about winning the competition, which he has not yet managed to do, but about immersing himself in his heritage and sharing in the camaraderie and traditions which are so important to him. 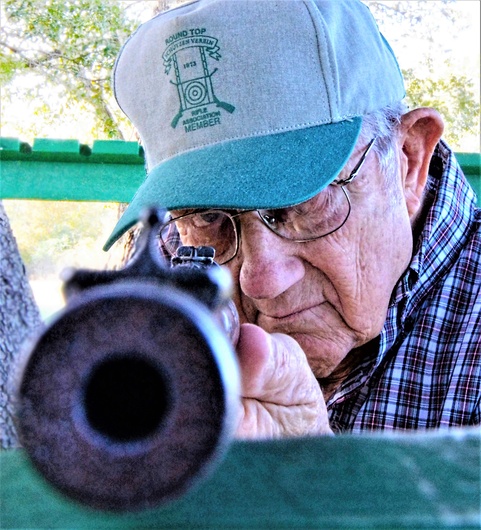