The other night my better half took Harry the Rescue Dog out for his evening visit to the back yard and she heard what she thought was flapping in the bush next to the deck steps. I took a flashlight later and looked, but I did not see anything. Yesterday I looked out the window and found this guy tangled up in the deer fence at the end of the house. I suspect this is what she heard and thought it was closer than it actually was. He was already dead a few minutes later when I went to cut him loose. 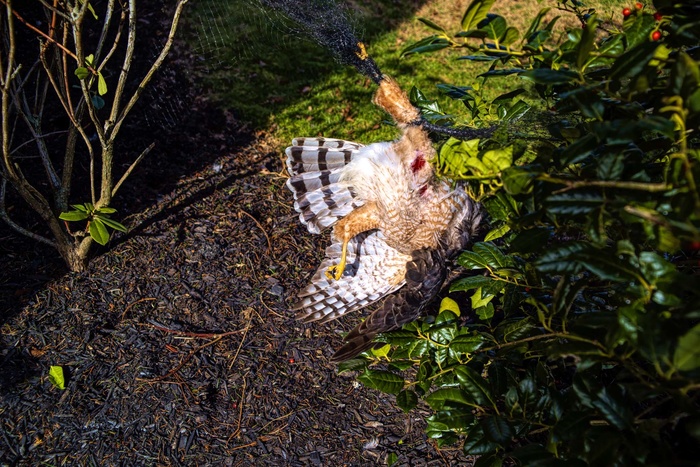