I walk past our mayor's house almost every day with Harry the Rescue Dog and we've met most of the neighborhood dogs along the way. He gets along with most of them. Some not so much. I've no idea what his criteria might be, but my left arm is twice as long as my right from his pulling against the leash.

I've often heard the mayor's dog but we've never met. Today was the first time I've actually seen him. Harry was not impressed. 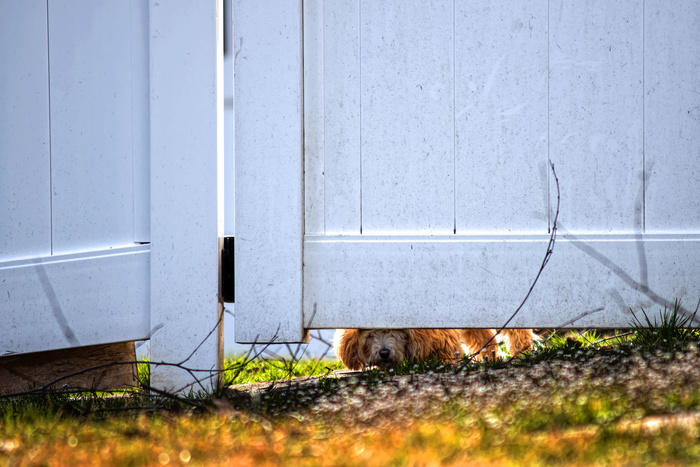