Winter vanlife (my house in the snow)

One of my personal favorite photos of mine, shot on just a Canon G7xii RAW and edited in Lightroom. This was from my recent expedition with my girlfriend and our two dogs into the arctic circle of Scandinavia on our way to the Nordkapp (northern most point) of Norway in the winter of 2018/2019.

this shot was taken with a 30sec long exposure and lit with a small head torch, the temperature on this night in central/northern Sweden was -25c and we stayed in this spot for about a week in the middle of a forest by a river and frozen lake down an un-plowed off road track. With just over a foot of snow up to the bumper! We were glad to have our all terrain summer/winter General Grabber AT3 tires on our rear wheel drive van, they worked awesome in the deep snow!

my idea for this shot was to mimic those similar shots you see done of tents but with the van. The warm glow coming out the tent contrasting with the cold landscape. even though there were no stars this night as it was a snowy sky i still think it turned out exactly as i had wanted it to. even if the lighting of the van could have been better... it was just too cold outside to perfect!

i think one of the many reasons i like this shot is the story and memory's it brings back and it really does sum up that trip well. Staying cosy at night in our van with the woodstove burning away in the deep snow listening to the silence of winter.

Let me know what you think!
I added some alternate shots with different lighting taken on this night (which one do you like most?) 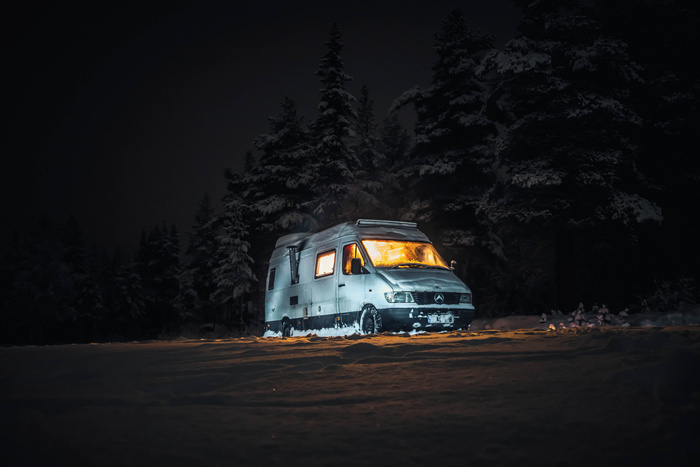 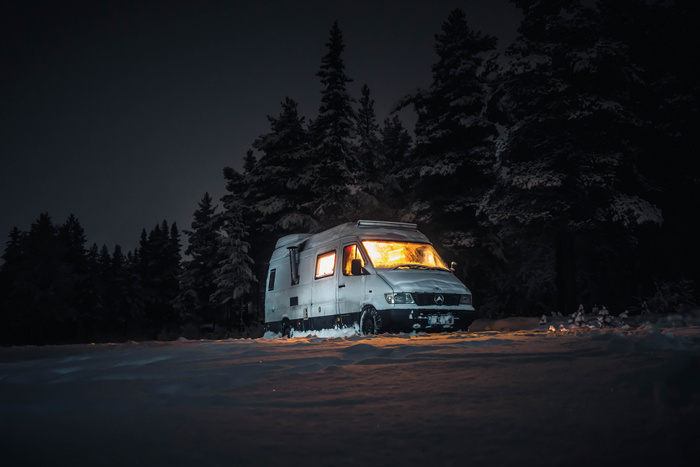 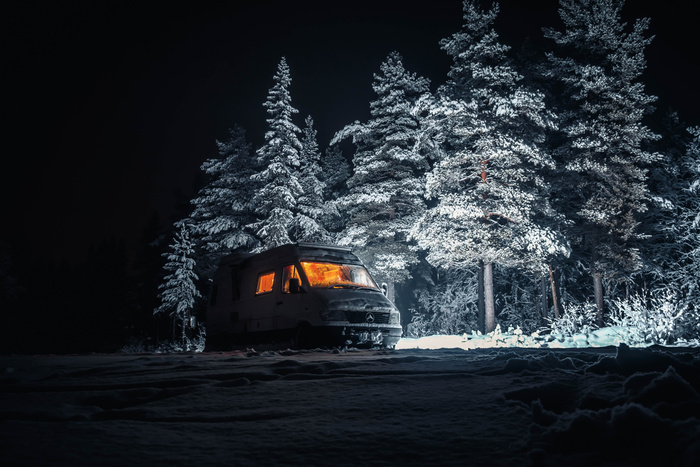