"The Eyes are Windows to the Soul"

After several attempts at getting a good shot of this horses eye, I gave up, so that I wouldn't bother him much. The problem was that every time i would bring the camera into focus, he would close his eye, or turn in a way that didn't allow for a good shot. It's like he knew what i was doing, and was just playing a game with me.

Before moving on, i held the camera in position, and just fired off a few shots without worrying about focus. Worst case scenario, a the pictures or blurry, best case, i get one or two good shots.

When i got home, and dumped the pictures from my camera to my phone, I saw this one, and it instantly became one of my favorite pictures that i've taken so far.

On a side note, the horse is named Rougaru, which is a legendary werewolf type creature in Cajun folklore in South Louisiana. 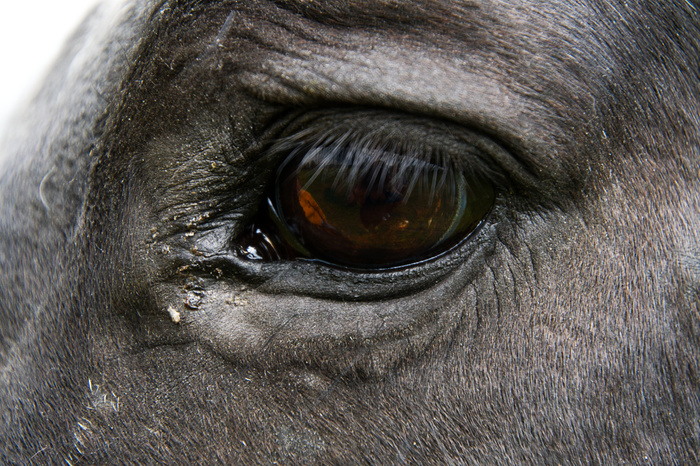