What's going on with editorial celebrity portraits? - Or - How to make bobble heads.

There is something strange that exists in the world of high-end editorial cover photography and I would like to get to the bottom of it.

It's often there, in the back of my subconscious when passing by magazine covers in the supermarket. There's something not quite right; something strange and surreal about these celebrity photos. If you study a lot of high end cover photos on sports and fashion magazines, you'll notice it too: a disproportionately sized human. Specifically, it's their head. A lot of the subjects on the covers of these magazines (GQ, Rollingstone, The Hollywood Reporter) have heads that are 3 to 4 times the size of a normal human.

Now of course there are the usual assumptions to be made; the subject was leaning in; the photographer used a wide angle lens and the face was stretched towards the top, celebrities are naturally big-headed; etc. I would like to argue that while these points very well may all be true, that there is also something else being done to these photos. I'm just not sure what that is, exactly.

Let's take a look at celebrity photographer Peggy Sirota (a phenomenally talented and successful artist) and some of the celebrity editorial work that she's done. One of her most well known is a series for GQ of Bill Murray. (http://goo.gl/F42ie0) It takes a second look at the photo, but look closely at the proportions of his head compared to the rest of his body. It's subtle, but it's there. And I think it goes beyond simple lens and angle tricks. What is creating this bobble head illusion? Is it a perspective shift in Photoshop? Some liquify magic? Cutting his head out and enlarging it? A combination of them all? Or something else?

In the high-stakes world of fashion magazines, it's important to stand out for having something unique; a look that others don't have. And so I would imagine that altering their images of people to look like caricatures of themselves would be a very smart move.

Look at this photo of Angelina Jolie and Jennifer Yuh Nelson. (http://goo.gl/0X9Mor) Look at the size of their heads, the slight distortion of their bodies and face shape and the size of their hands. It's almost as if the image has had the bottom half's perspective shifted away, and then they took the liquify tool and pushed inward on the center of the photo. It's like a reverse fisheye effect, of sorts.

Here's an interesting one of Cam Newton. (http://goo.gl/lhIK89) This is a man with naturally wide shoulders and normally sized hands for a football player (http://goo.gl/JShprm) yet in the GQ cover, his shoulders are shrunk down and his hands are utterly enormous. Again, it's like a reverse fisheye effect.

What do you guys think? Am I crazy or is there something a little more tricky going on here? 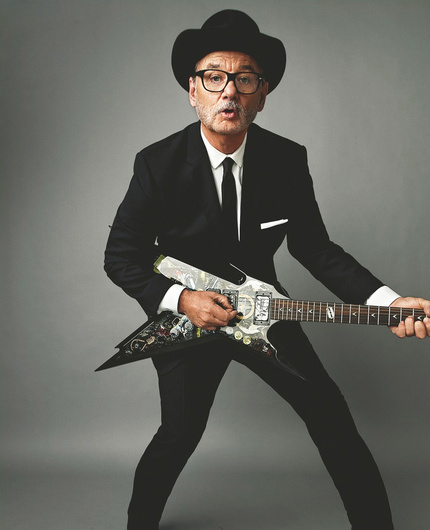 Until seeing all these back-to-back, I've attributed the bobblehead look to odd lens choice (too wide). But now I think it has to be a post effect.

I've always attributed it to some sort of weird effect with perspective or maybe a lens, but only single photos here and there. Maybe it's so we, the general public, pay attention to their faces instead of nitpicking the rest of their body? That kind of works, it's hard to make myself look at the rest of the photo when the face is ginormous.

I will never be able to look at a magazine cover again without looking FOR this.

That's wild, never noticed that before but I will now. Good eyes