An Illinois man has been charged with battery and criminal damage to property after he attacked a news photographer and smashed his camera while the photographer was filming unrelated footage for a story.

The County State's Attorney's Office in Rock Island, Illinois, a city about 150 miles west of Chicago, has filed charges of battery and criminal damage against Brett R. Laermans, a 45-year-old resident of the city, in relation to an incident that took place on May 1 around 5 pm. During the incident, a WQAD News 8 photographer was filming footage of local businesses from the sidewalk near 38th Street and 18th Avenue for a story, when a man confronted him, upset that he had appeared in the shot when driving by. He then took the photographer's hat and camera, lifting the equipment above his head and smashing it on the ground. The video appears to show the man then running toward the photographer in a menacing manner, at which point it appears the photographer disengaged and ran to safety. Luckily, the photographer was uninjured in the confrontation. Police were called afterward and a report was filed, leading to the eventual charges filed on May 5. Laermans is due to appear in court on July 13. 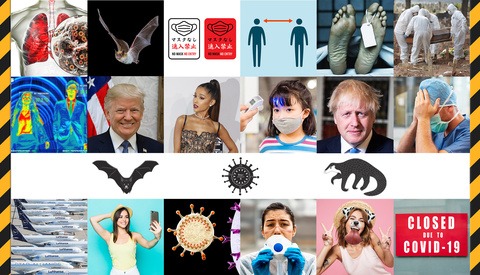 I'm 55 and I agree!! LOL!! I guess he's going for the Haggard look!! Might be going to the big house for destroying that camera gear and at the very least paying a hefty fine and restitution. I'm sure that gear is way over $500 USD and that will make him a Felon to boot. I guess he lost his tinfoil hat and forget his meds. ;-)

I should have tried again rather than assume it was a dead link and making a fool of myself. Anyhow, it is a fascinating video. I have watched it several times. His body language and eye movements are interesting. It is a shame the footage is of such a low definition though.

I guess you didn't watch the video from your comment. He's on video smashing it and pursuing the person taking the video which I presume is the news photographer. It's a video frame grab.

Do watch the video and watch the subject closely. Look at his clenched fist while approaching the photographer. This shit was serious.

Alcohol and drugs can age you faster then time itself....just thinking.

I wonder who he voted for?

Isn’t it is obvious?

Here come the losers who insist on making everything political.

It's almost as though you are completely lacking in self-awareness, "Bernie Bros".

There are plenty of idiots in this world.

maybe he drank some disinfectant and now you see him so energized and happy hes free of c19?

If you thought that was funny or clever, you’re wrong in both counts. Lame.

Are you a mod here or just a nosy person?

If you don't want anyone to see you, don't go out in public. Or wear a burka. It's really not that complicated.

Wow! You think you may have been seen on camera and don't like that. So go go up and make damn sure you're seen and remembered. Good plan. And I'm sure that quick smash had to of destroyed the info it had been recording.

Crazy, is it contagious?

Throw the book at him.

WTF, Well he may not wanted to be in the shot but now he will have plenty new photos of himself posted on public sites such as the police blotter not to mention Youtube. You just can't fix stupid. And you know he don't got the money to pay for that equipment so the photographer is out some serious cash.

What this idiot doesn't realize that in today's times he's on camera almost everywhere he goes. Paranoia is a scary personality trait.

Do you think that his car was packed with Doomsday supplies and heading out to his bunker? The t-shirt may have given that away...

I would not be surprised!

The amount of cctv's, traffic cameras, in-store cameras is going through the roof. There is no escape possible unless you live in remote rural areas.

Surprised it's not a Florida man

"upset that he had appeared in the shot when driving by". What a reason !!!

To my mind, all those modern technologies help to keep people morally more responsible. On the one hand, I feel like I am always under control when I walk the streets full of cameras. On the other hand, I know that those cams influence people's behavior. For example, I use an Ajax home security system. I asked the providers to connect cameras to the system, so I can operate everything through a phone application. Once I saw one guy came to my porch and wanted to unlock the door. But he saw a camera and ran away. He realized that he might be caught. A camera stopped him from doing a crime.