At least 90% of my images are made with tilt shift lenses, and of those 90%, at least 80% of them have some rise or fall (shift) involved in the composition. Simply put, tilt shift lenses are invaluable when it comes to architectural and interiors photography. The ability to adjust the composition, framing and field of view without tilting the camera up or down (which would induce skewed vertical lines) is the largest benefit of tilt shift lenses for this application.

I also carry a few zoom lenses in my bag, which are relegated mostly to backup use. I personally own the Canon 17-40f4L and the Canon 24-105f4L. If you aren’t ready to throw down the $2,000+ that the tilt shifts require, you’ll be able to get by with an ultrawide zoom and standard zoom combo, but you’ll quickly see their limitations. Canon TS-E 24mm f/3.5L II Tilt-Shift Lens This is by far my most used lens and should be one of the first lenses you purchase if you want to shoot architectural photography. Incredible color, contrast, flare control, and of course the ability to tilt and shift. Not a single shoot goes by where I don't use this lens, no matter the budget. After a few days of use, the manual focus and tilt/shift aspects become second nature to you. Do, however, be careful with the locking knobs on both this and the 17mm (below) as they are prone to seizing if used carelessly. That is my only real nitpick with these lenses. 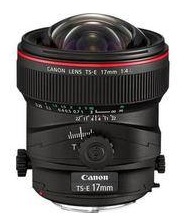 17mm TS/E Tilt Shift This is used less frequently than the 24mm, but if you only buy one, you’ll quickly see the limitations and want to buy the other. Together, these two lenses (with the teleconverter) are about as good as it gets for 35mm architectural photography. While the 17mm sees a bit less use, it’s invaluable when I’m backed into a tight corner and 24mm just isn’t wide enough. Another great application for the 17 is shooting in tight city streets - which makes it a rather popular travel lens, as well. Sometimes you just don't have the luxury of backing up or getting elevation and the 17 can really save your butt.

Both the 17 and 24 are about as perfect as lenses can get - both exhibit little to no barrel distortion, and handle flare incredibly well, which are both qualities that make lenses well-suited to architectural photography. The 17 is especially sharp for its width - and the flare control for such a bulbous front element is amazing. Canon TS-E 45mm f/2.8 Tilt-Shift I don't use this lens very often but when I do it's usually for details work or graphic interesting compositions. It's a great lens with minimal distortion and chromatic aberration. Canon TS-E 90mm f/2.8 Tilt-Shift Lens I tend to pull the 90mm tilt shift out in rare circumstances when I have to back up very far or shoot a home within the context of a landscape. 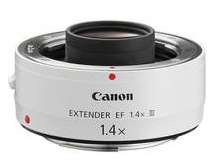 1.4x Teleconverter, version III Although not advertised, this works perfectly with Canon’s tilt shift lenses. This effectively turns the 24mm tilt shift into a 34mm tilt shift. While there is the tiniest bit of barrel distortion evident with this combo, it’s a near perfect focal length for interior shots and many exterior shots. It can also be used with the 17mm f4 TS/E, which is a combo that sees a fair bit of use too. 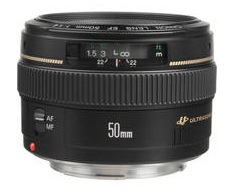 50mm f1.4 There's a lot of architectural details worth capturing that you'll want to get up close and personal with on any shoot. I find f1.4 is plenty fast, as I usually shoot between f2 and f4 to capture sufficient detail. Things like doorknobs, sinks, light fixtures, etc, will all want to be captured and this is a great way to do it.

Shooting Nikon? The big piece missing from the puzzle is going to be the 17mm Tilt Shift. But, there are still some great lenses available for you to use. For the most part, Nikon has equivalents to all of the above lenses. In addition, there are a couple that warrant special discussion. 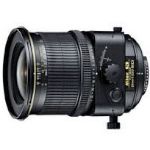 Nikon 24mm PC-E Nikon's premier tilt-shift lens. By all accounts, an incredible lens, one a Nikon user would be making a mistake to avoid when it comes to photographing architecture. Has an incredible minimum focus distance of two inches, great flare control, and plenty of sharpness. Optically very similar to the Canon model above. 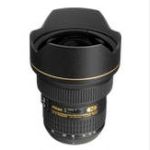 Nikon 14-24 f/2.8G ED AF As a Canon shooter, this is the one lens that makes me jealous of all you Nikon guys. An incredible focal length, coupled with nearly unrivaled sharpness and minimal distortion. While it's a pricey little guy, if I was shooting Nikon I'd be all over this. Versatile on both full frame and crop cameras. Super, super wide if you ever need it on full frame, and still VERY usable on a crop body.

I'm watching your series of training videos. You hit on one of my BIGGEST pet peeves. Using UBER wide angle lenses to photography interiors. So many people do want wide angle shots but they're so unrealistic. Glad my thoughts aren't alone those :)

Nice info. I'm heading to Seoul in May and was wondering which wide angle prime focal length lens you would prefer if you didn't have a tilt shift lens to shoot the cities buildings, lights and people? I currently have the 50mm 1.8 on my 5D II. Thanks so much,

Nice little article! Do you see use for the 11-24mm f4 lens in your work? Would the Mark II tele-converter work too?