A TV crew has been arrested in New Jersey for attempting to smuggle a “fake explosive device” through security. The crew was reportedly filming for cable network CNBC.

The incident happened on Thursday at Newark Liberty International Airport. ABC News reported that authorities said the item had “all of the makings of an improvised explosive device.”

At least seven individuals have been arrested by Port Authority Police after Transportation Security Administration officers detected a suspicious item in a carry-on bag.

The team is said to be part of Dutch production company Endemol Shine Group, who hold contracting work with CNBC. An investigation into the event states certain members of the group were discreetly filming, as others tried to smuggle the fake explosive past security staff.

The New York Daily News added that the crew was aiming to record the moment security staff came across the fake device and were hoping for panicked reactions as it was discovered. TSA officers caught it and arrested the entire crew, who are set to be charged with multiple offenses - not least of which would be civil penalties, as well as the potential to be charged over $13,000 for each security violation they are deemed to have committed.

[via ABC News and Cleveland.com]

What does it have to do with Trump?

Thank you mom for always believing in me

Safe? Trump periodically sends secret service to assault me because he thinks I am a beta male cuck even though my Body Mass Index is healthier than his and I never had to pay someone to pretend to like me.

What did they expect to get away with? Maybe that’s just the distraction and the real ones have been...: P 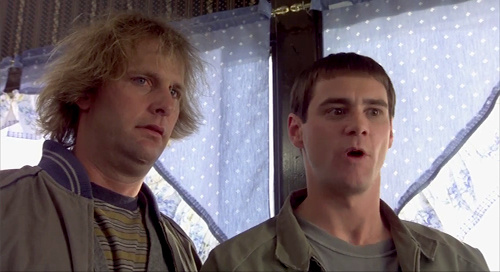 Woahhh!! This would freakin suck.. I've been pretty nervous carrying some sketchy photoshoot props before. Have to be very careful

Well, what do you expect?

....and for next week's show one of our news team will go undercover at a political rally and pull out a fake gun in front of the Secret Service Agents, while we secretly film the funny looks on their face..... what could go wrong.

Yes, airport security should be tested constantly and rigorously but this is not the way to do that. Someone deserves to go to in a dark hole for this.

I don't know anything about that but I would bet this was done on purpose to film some hidden camera about a new stupid upcoming reality show on security.

Endemol is the producer of reality shows like Big Brother and Secret Story..... need i say more ?