Wanna Shoot for a Magazine? Here's How I Did It.

I have always wanted to shoot editorial work. Getting my work in print has always been my number one goal. In my opinion, it is the mark of having "made it" as a photographer. The problem was that I never knew how to get my work in front of the right people to even be considered for an assignment. I had read articles in industry photo magazines about how to make brilliant and eye-catching marketing materials to nab that client that you are after. But that didn't help me very much if I didn't know which person I should be sending it to, let alone how to get ahold of them.

Over the last few years, I have received random, one-off jobs from industry magazines. Magazines such as banking magazines would find me on Google and ask if I could shoot a portrait of a CEO in my area. It was nice because they told me their budget up front. And actually, these smaller industry magazines paid better than the more larger, more popular magazines. But payment isn't the only thing that drives my photography. I wanted the big fish. The glossy, out-of-reach magazines. But I was tired of waiting for them to come to me.

A few months ago, my buddy told me about Workbook. Though the site is full of a variety of resources, the one that grabbed my attention was their directory. Once you become a member, you have access to an enormous directory of industry contacts. In my case, I was interested in magazine and newspaper publishers. I selected the east coast region, since I live closer to the east coast than the west. Once I narrowed down the list of publications that I wanted to contact, I was able to purchase the emails of the contacts at each publication ($.10/each). 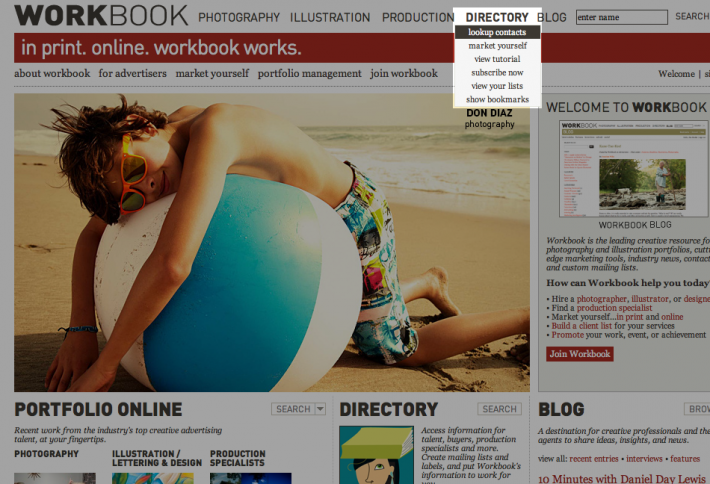 Once I had my list of email addresses, I went through and sent an email to each publication, cc'ing the photo directors, photo editors and creative directors. In 2-3 sentences, I introduced myself, told them know that I would love the opportunity to work with them, should they have any regional work in my area, and included a link to my website. I emailed over 900 people. I got responses from about a dozen of them, thanking me for my email and letting me know that they would add me to their list of photographers in my area. 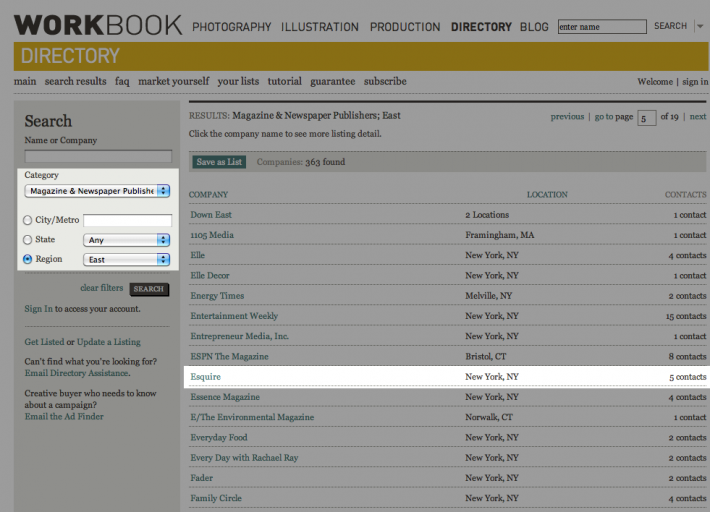 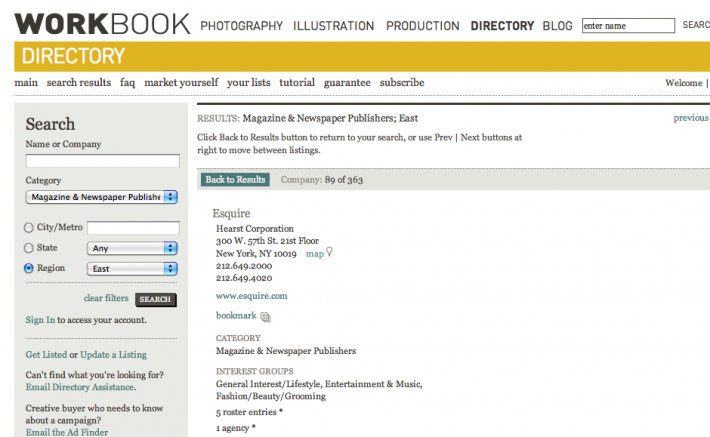 Though I didn't hear back from the vast majority of the magazines, I saw huge spikes in my website analytics on the days that I was sending out emails, so I knew that people were reading them. After a week of sending out emails, I received an email from a major sports magazine. They needed for me to shoot an athletes family that lived on the east side of my city and would I be interested. I was ecstatic. Not only had my emails been reaching the right people, but I now had a photo shoot for a huge client.

Even though I wasn't sending out pretty little marketing pieces to these publications, I was still getting my work in front of them. The right people were seeing my images. And convenience is a powerful thing. If I could save these photo editors and directors some time and make their life easier by being their go-to guy in my region, then it's a win-win for them and for me.

Opinion / December 5, 2019
What Are Your Best Predictions for Photography in the Next Decade?

Business / November 29, 2019
How Do You Know What Genre of Photography Is Right for You to Specialize In?

This is a strategy that I found awhile back, I am pretty sure it was from you actually, and it has been a great one at that! Though I have not built my portfolio anywhere close to where yours is I still shoot a few pieces out to potential clients with this same strategy here in Indianapolis and of course I get a few emails back thanking me for the time and info and I would be added to 'the list'. Really happy for you man and glad its working out for you and your starting to book those 'big fish'. Really exciting to see someone succeed with the hard work behind it all. Keep up the great work man.

mmm. cool. here in japan we work old school. you take the magazine you want to be in, check out the credit and phone numbers, call the number and go for it :). writing by mail considered "lazy" and sometimes impolite... and usually every magazine have time to see you and check out your portfolio (if you`re patient). i went to vogue japan here, GQ, and e.t.c. its not a big deal to contact them. and its a less big deal to contact smaller magazines.  creating a portfolio and good impression, actually going to there place - that is a big deal.
there was this one famous magazine... i went there 4-5 times, for a half a year, showing them different portfolio every time, until they gave me the first job :).

"The problem was that I never knew how to get my work in front of the right people to even be considered for an assignment."

really? if you want editorial - all you have to do, is see the credits of work, see who is the art director, editors, creative directors - and go for them. or is it not working like this in america?

but i can`t imagine what you have to do to get a restraining order. if you`re polite, patient and sincere - there is nothing you can`t achieve. ofcourse you need to know your skill and level, and what level of work they expect.

maybe you sent the email accidentally to your exgirlfriend :p

Another solid practical article from Fancher!

Years ago after submitting picture after picture to a UK skate mag I finally realised that the best way to get noticed is to physically get in front of the people making the decisions. I made it my business to attend any event that I knew was going to be covered by the magazine in my area, asked around to find out who was who then just got talking to them. Having spoken with the editor for a while about myself &amp; my photography, he handed me his card and actually asked me to send them some examples, then I put a reminder of our conversation in my cover letter, I got a swift response commissioning me to shoot a full page image and head shot for an upcoming article. From then on I had a good relationship with the magazine and that led on to other jobs.

Don't waste energy getting your work in front of the wrong people, find out who you need to speak to and then focus on doing just that.

Great advice. Not only from Nick, but commenters as well. Thanks guys.

While face-to-face is probably generally better, traveling to every magazine office you want to freelance for could be expensive and time consuming. I'd use Nick's method for anything non-local.

Shoot stock photography. I've had many of my stock images used for both covers and interior images.

What stock sites do you recommend focusing on? How do you get involved with them?

ShutterStock is probably the best place to start. I also work with DreamsTime, Fotolia, and the biggest/hardest/most rewarding: iStockPhoto.

Is this workbook only for the USA or can you get contacts from all around the world?

I cant find the $.10 per email, all i see now is a monthly subscription?

Are you the real one that made this website?

is Workbook only useful for the USA?

Hello:
Long ago I found a website where you knew who published your work of stock in magazines and books or Novels. The subscription was too expensive for me at the Time. I do not remember the name of this Website. anyway, There is someone who knows if there is any service that knows who and where your work appears published in editorial form?