Since the end of the Korean war, North Korea has been a closed nation. So closed, it is often referred to as the world's most reclusive nation. It shocks and delights the world almost every day with propaganda and anti-propaganda that peppers our news reports. It's a place that heavily regulates visits and the activities during those visits. Each tourist requires special permission and a guide that sticks to them like glue to visit anywhere in the nation. On top of that, you have to pick from a list of government approved locations, you can't just go for a walk or cycle the highways. So, what possessed Slovenian-born, London-educated, Matjaž Tančič to take his already difficult 3D workflow into a place that restricts movement and photography so much?

First of all, let's step back and take a look at 3D photography. It's actually not that new of an idea. In fact, it's almost as old as photography itself. According to Wikipedia, Charles Wheatstone produced the first stereoscopic pairs of photographs in the early 1840s, and by the 1850s the required equipment to produce them was standard in photo studios of the time. Now, we also have stereo camera systems in use for both video and stills. A common application is the 3D movies we watch in cinemas. However, it is less common to work this way with still images, and Matjaž's process is quite interesting, especially when given a little time to set up. 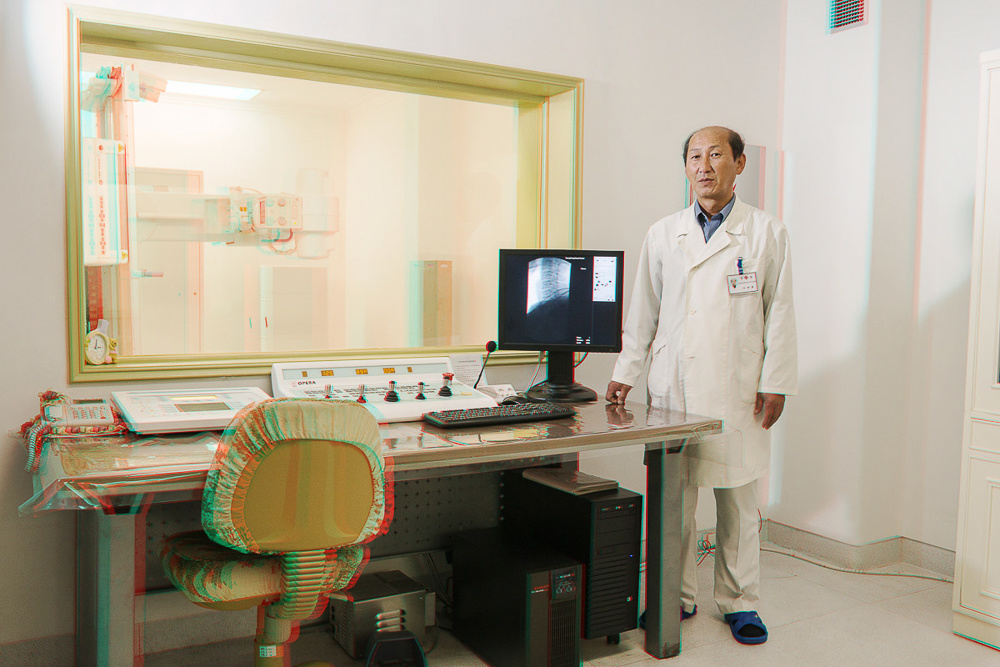 As you can see below, he has a custom-built rig that allows him to mount cameras side by side. He works on the principle that the average distance between human eyes is 6.4 centimeters, which means that he needs to take two photographs at that distance apart in order to replicate the three-dimensional space that the human eye sees. Of course, this gets more complicated in reality than it is in theory because lenses have different focal lengths that have their own optical properties. This means that calculations involving focal length and lens-to-subject distance have to be made before a shot can be successful. However, as you will see, that wasn't possible in North Korea and Matjaž had to rely heavily on his experience with the medium. As you can see in the video at the end, a good portion of this was actually shot handheld with a single camera, a technique called "cha cha." 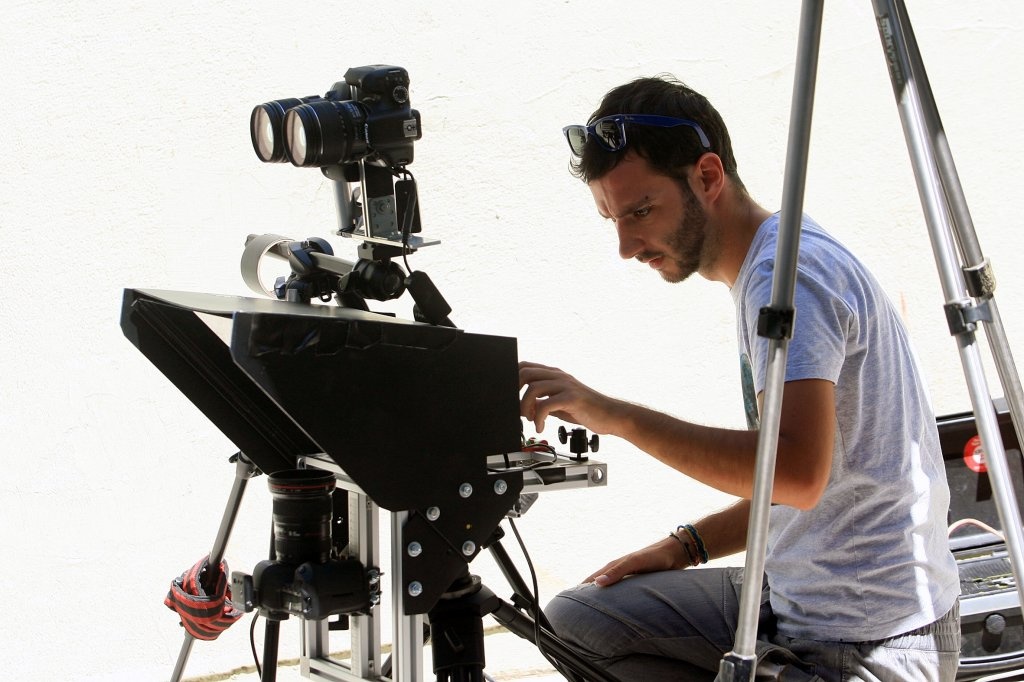 So, on to North Korea. Matjaž was given the opportunity to go after Nicholas Bonner from Koryo Studio saw his 3D fashion work from his time in London and commissioned him to make a series about North Korea. The arduous process of getting the appropriate permissions took eight months. The authorities main goal was to know what they would get out of the project, according to Matjaž. In the end they accepted it, and after the project was done, it became the first ever public photography exhibition by a foreigner in North Korea. This was not his only difficulty, however. His desire to work in 3D and keep a consistent look to the images meant taking a lot of equipment. Also, as there would be no time or possibility for repairs, backups of all his equipment needed to be taken. In the end, he took Nikon D810s with 24-70mm lenses, two Coolpix A cameras, along with his Elinchrom Quadra lights and Nikon SB900s. This is a considerable amount of professional-level equipment for a trip to North Korea, where photography by foreigners is already so restricted. 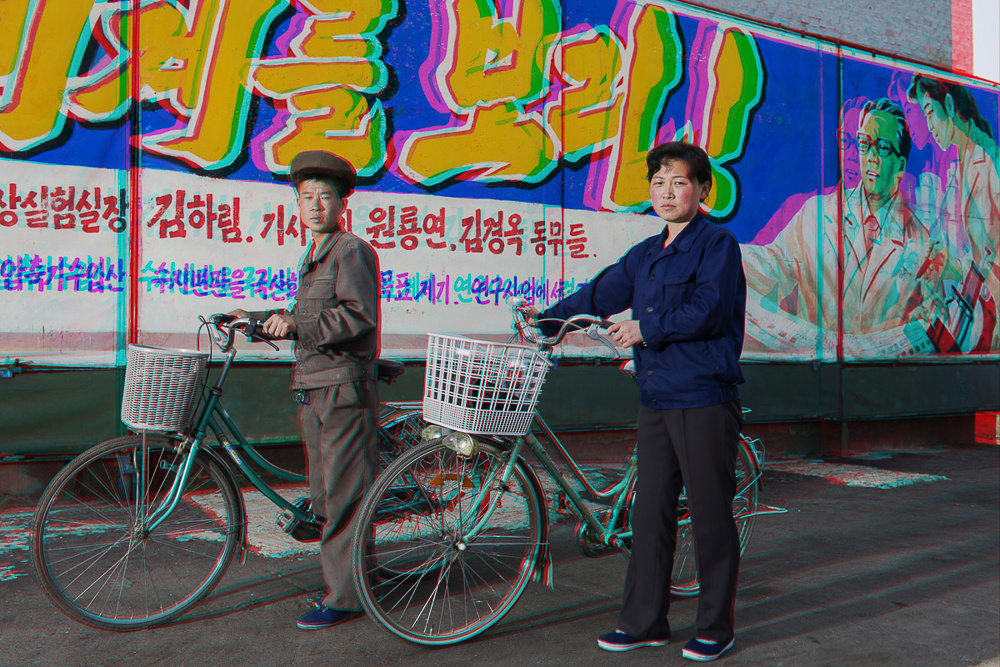 The project itself started with Matjaž arriving in North Korea and getting introduced to his guides, who would soon become friends, collaborators, and assistants. Of course they still had to enforce the rules of no photographing soldiers or construction sites, but as you will see in the video, it wasn't uncommon for them to be holding a light or pushing the boundaries of what was previously possible, either. He even shares that when given the opportunity to see anything he wanted on the Internet through his 3G connection, the guide asked to see North Korea on Google Maps, displaying a love for his country that we are all familiar with. 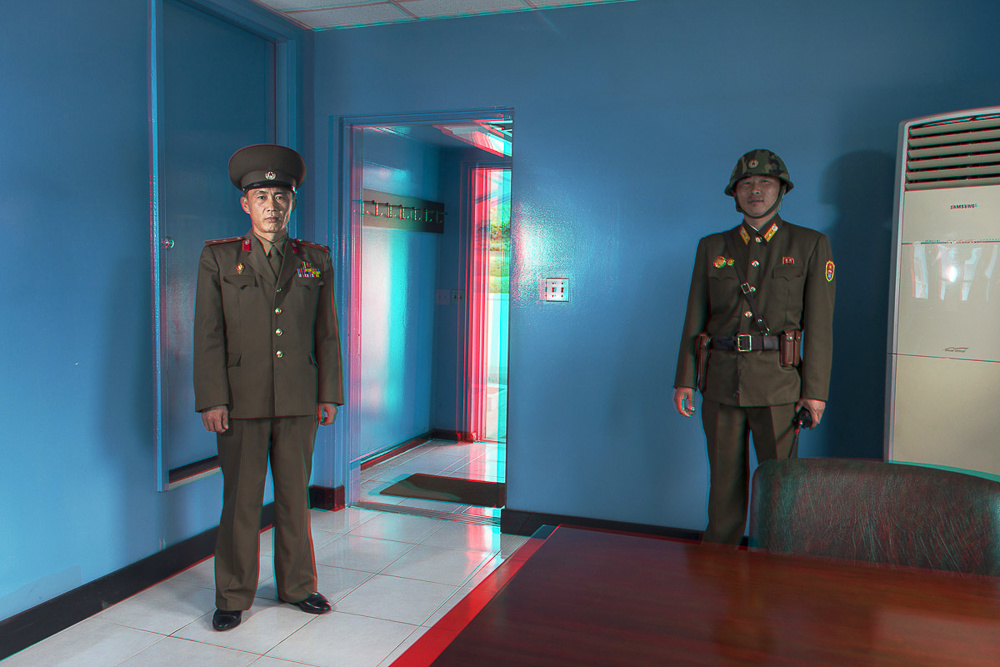 Matjaž's goal of finding the North Korea that not everyone sees, somewhere in between the propaganda and anti-propaganda, took them to recently opened tourism areas, and older areas that were infrequently visited now. As you can see from the photographs and the behind the scenes, there are some really unique scenes in this project. He set out to show what brings us together, not what sets us apart. "In North Korea, you have what you have everywhere else. You have people who fall in love, who want their kids to go to school and not be cold or get sick." He hopes we can share the feeling that people in the DPRK are just like us. "I hope this project can show that; by showing farmers, doctors, and the car repair guy you can recognise as your uncle."

Photographing individuals in North Korea who are not supplied by the government is quite difficult, and so the team often found themselves in high-traffic areas like metro stations, libraries, amusement parks, and factories. Even in these places, they could not stay long and portrait sessions often lasted only a few minutes. Tour guides and hosts have to get through the government's program with every tourist, and Matjaž said that one of the most frustrating things was trying to convince them that you're visiting to see their people and not the museums and historical sites. 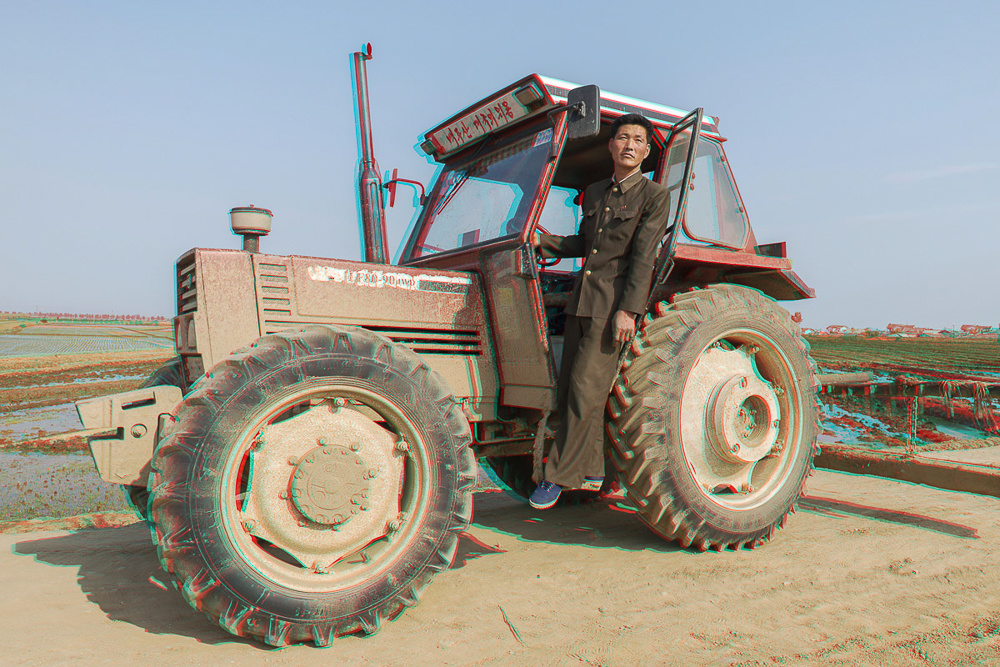 The decision to use 3D images for this project is very simple. According to Matjaž, it's easier to demonize people when there's a lot of them clumped together into a group, but much more difficult when you feel that there's a person there. Three-dimensional photographs make this even more personal as the image is no longer a 2D abstraction. Using the 3D technique allows you to enter their personal space. Matjaž shares that this is important because you can almost look around the person, and you can see every detail in their clothes and every pore on their face.

As mentioned, the work became an exhibition that has visited Pyongyang, and also Pékin Fine Arts in Hong Kong and Beijing, Switzerland, and Lithuania. His first exhibition in his home of Slovenia was visited by the DPRK embassy staff, who were of course there to check that their leaders weren't misrepresented, but who also enjoyed the exhibition and stated that it was "really good." It is currently at the Asia Society in Houston, Texas, and will visit New York in April. It is also available as a limited-edition box set of 3D cards that comes with the plastic stereo viewer. You can pick that up at Photo-Eye.

Check out the video below for some behind the scenes in North Korea, including the exhibition in Pyongyang, and more of his work on his website.

Animal / December 12, 2018
How Photographer Randal Ford Shot the Animal Kingdom, a Book of Over 150 Animal Portraits

Why is the DPRK so photogenic though?

What's old is new. My 1978 rig to shoot for my homemade Wheatstone Stereoscope. 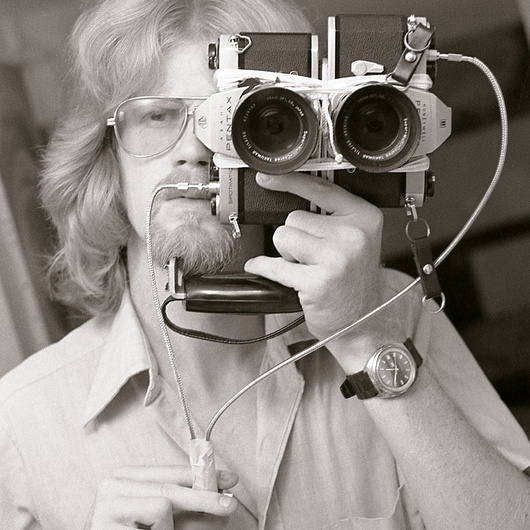 This one was just for viewing vertical images from this twin SPII rig. 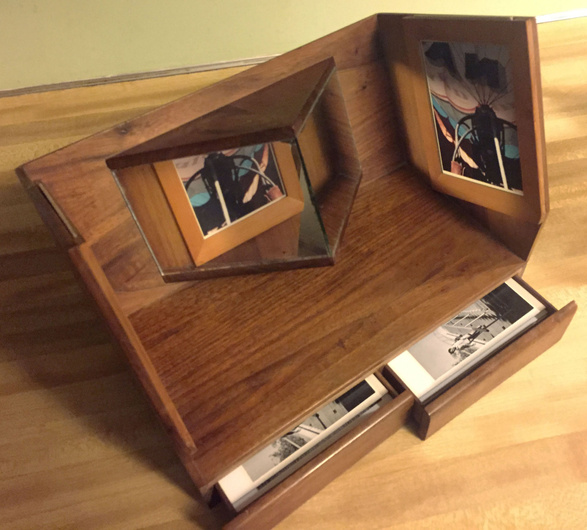 I was shooting in the friendly confines of central Arizona. I can't imagine taking this kind of rig to the DPRK!