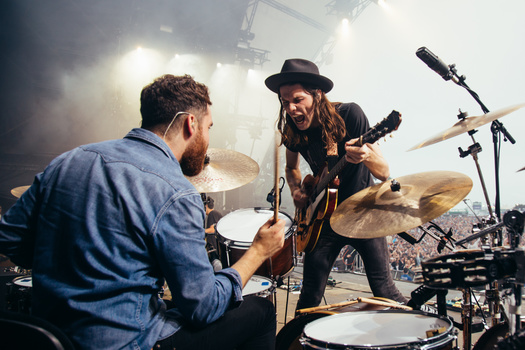 I've worked with James Bay several times over the last few years through photo and video, from his first Irish headline show in front of less than 100 people, to 3,600 people in The Olympia Theatre and most recently his stunning performance at Electric Picnic festival to a crowd of 25,000 (on his birthday) where this photo was taken. As our careers have grown side by side, it's been incredible to watch his climb and to to be a part of it. I've never seen anyone enjoy a performance as much as he did at Electric Picnic that day, and I think this photo perfectly captures the energy we all felt on and off stage.

Great energy coming from this photo !

love it
i had the chance to meet him and to photograth him in Portugal at the MEO Mares Vivas Festival.
it was a great show