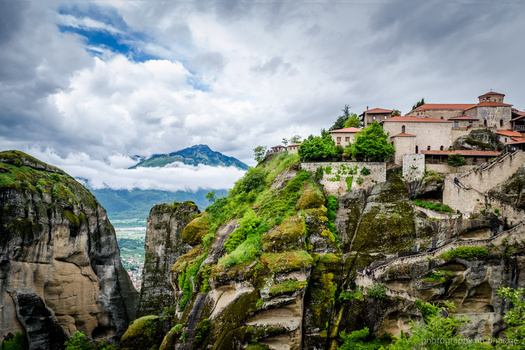 An Orthodox monastery built on the Meteora rocks, Greece. Meteora in Greek means "suspended in the air". Monks used those monasteries in the 14th century to escape from the Turkish attacks. At this time, access to the top was via removable ladders or windlass. Nowadays, getting up is a lot simpler due to steps being carved into the rock during the 1920’s as you see in the photo.