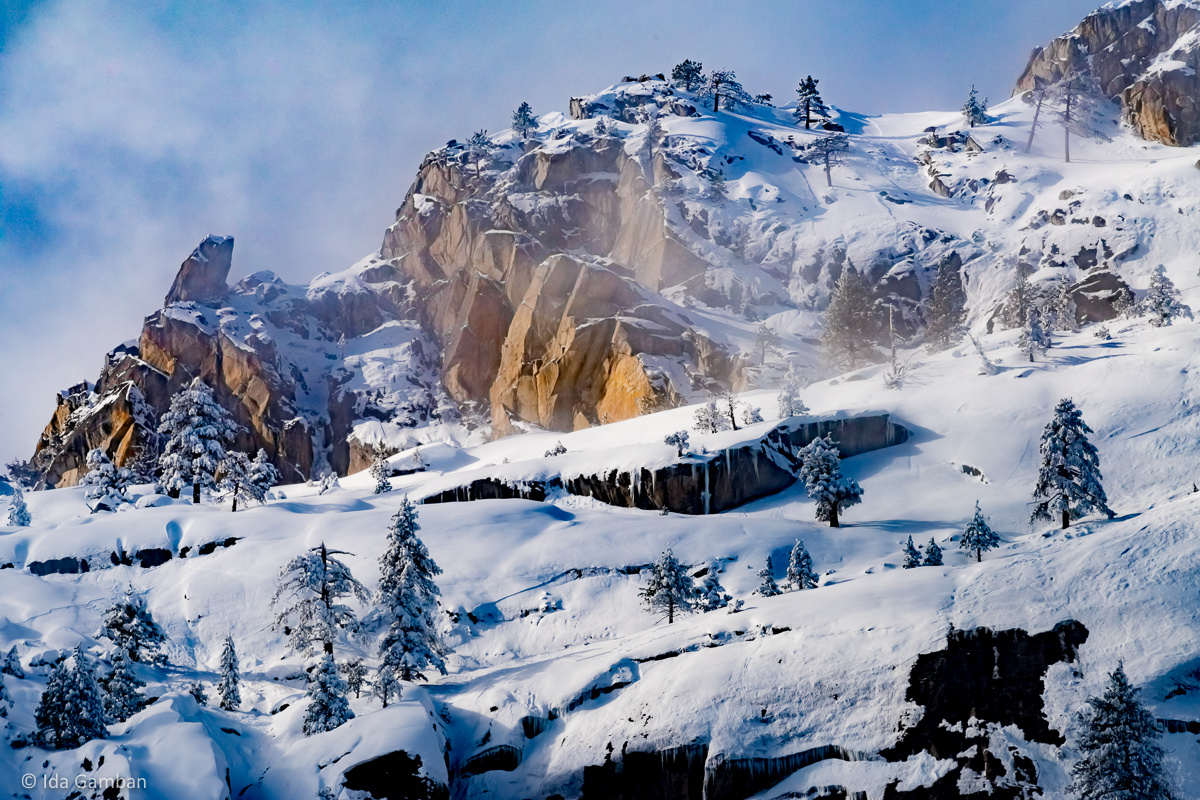 High above Yosemite Falls, along the far left mountain ridge, a close-up of the snow-covered peaks reveal a beautiful rugged landscape.

Yosemite Valley was formed by glaciers over eons of time, while the jagged high mountain ranges of the national park were created by the upheaval of the Earth's crust, part of a wider geographical area known as the Sierra Nevada. A testament to the force of nature, the exposed granite outcroppings seen here were once the bottom of the Pacific ocean floor. 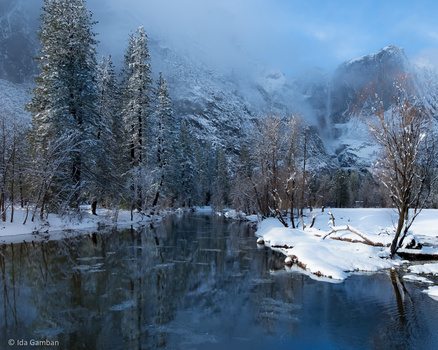 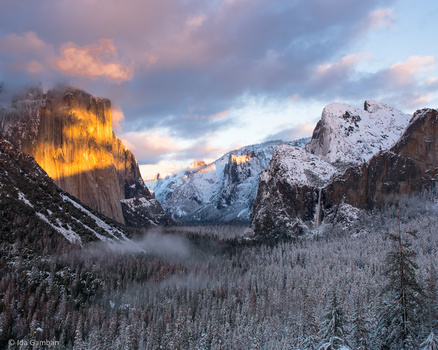 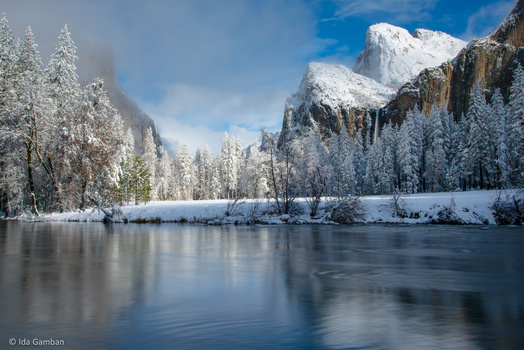 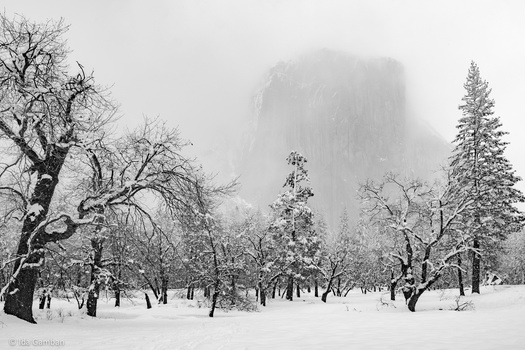 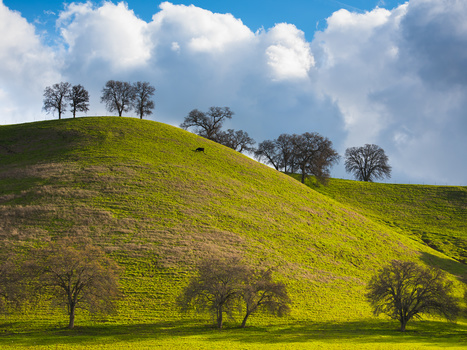 Ida Gamban
Out Standing in His Field
0 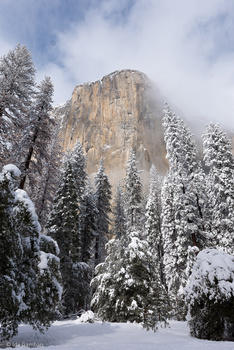 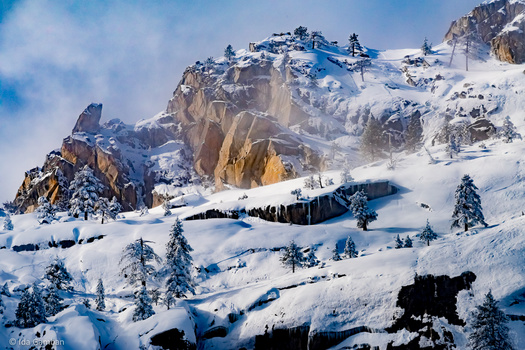