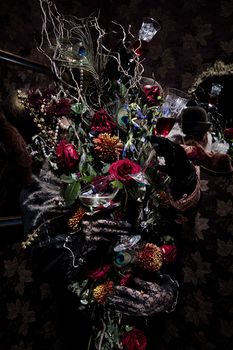 Masquerade balls were a feature of the carnival season in the 15th century, and involved increasingly royal entries, pageants and triumphal marriage processions and other dynastic events of late medieval court life.
Masquerade balls were extended into costumed public festivities in Italy during the 16th century Renaissance. They were generally elaborate dances held for members of the upper classes, and were particularly popular in Venice.
In the 17th and 18th centuries masquerade balls became popular in Europe with sometimes fatal results. Guest could infiltrate events by wearing a mask, making them unrecognisable, and could pretend to be someone else.