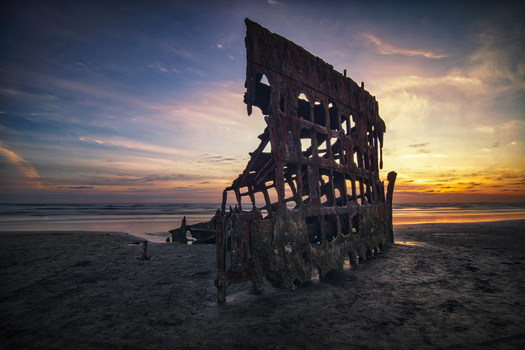 The remnants of the Peter Iredale shipwreck near Fort Stevens on the Oregon Coast. Rather than going with a traditional low light, long exposure of waves coming into frame, I chose to stick with a shot that emphasized the textures of the rust combined with the roughed up sand. At the time I felt it created much better drama in the photo, and made it seemingly more cinematic with the use of the wide angle.