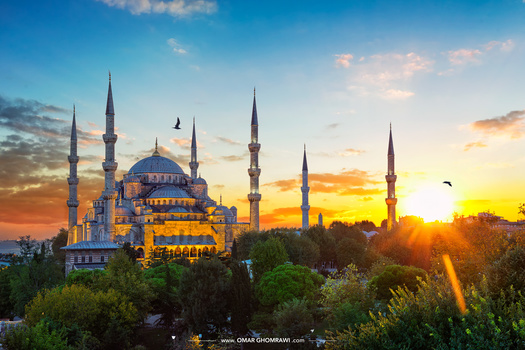 The most popular and appealing mosque in Istanbul. The blue mosque name stands for the blue lights that frame the mosque’s five main domes, six minarets and eight secondary domes at night.
It is popularly known, it was constructed between 1609 and 1616 during the rule of Sultan Ahmet the first. While Muslims still kneel in prayer on the mosque's lush red carpet 5 times per day.