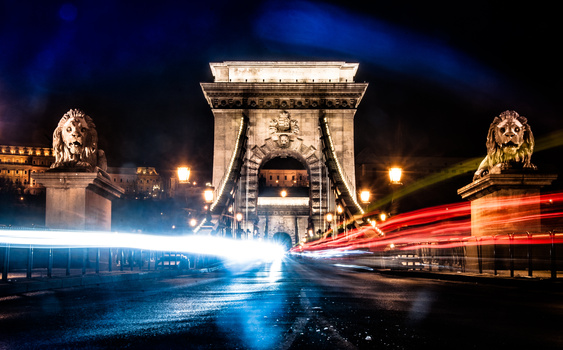 This picture was taken on an insanely cold night in Budapest, where I royally froze through and through, despite 5 layers of clothing.

Unlike other photos taken of this subject, I placed my camera well beyond the sidewalk, out in the middle of the street, dangerously close to traffic. At one point a cyclist managed to kick it over.

I used a wireless trigger with a 20sec shutter speed. Everything was done in-camera with lightroom post. Nothing new was changed/added in via photoshopped. There's a large print version of this photo hanging in a gallery where a dense snow-storm was added in, but I reckon the F-stoppers community would appreciate the clean, originality of this one.