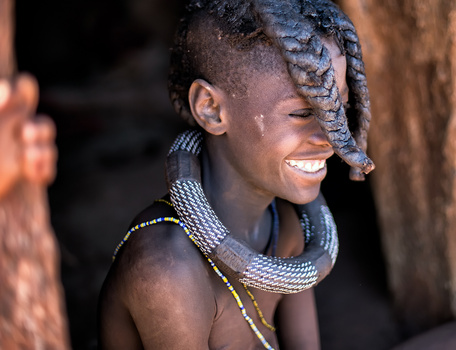 Portrait of a young Himba girl

The Himba are indigenous people living in northern Namibia, in the Kunene Region and on the other side of the Kunene River in Angola (source: Wikipedia).