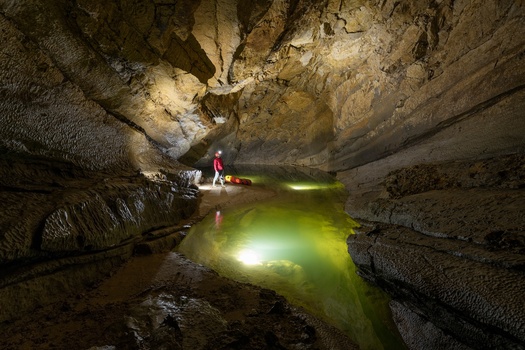 Križna Cave is a more than 9-km-long underground water cave with numerous lakes. On a global scale, this cave is famous among karst caves for its subterranean lakes, which are divided by flowstone barriers. There are 22 lakes inside the cave, some of them can be up to 7 metres deep and can be navigated by boat. The cave is also an important archaeological site where many cave bear bones were discovered and is one of the most biodiverse caves in the world.