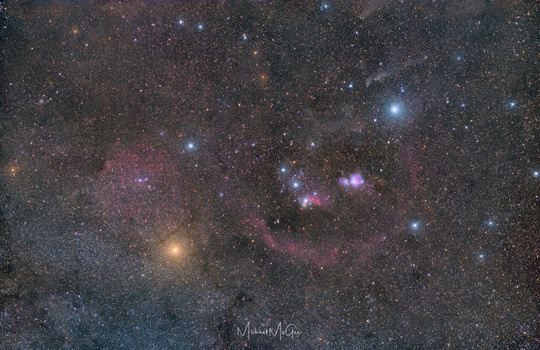 The Orion Complex 50mm
This was actually a second thought after my canon battery died after 2 hours imaging the Pleiades. Only managed 34 minutes of data on this before the wind picked up later in the night and I begun to throw out more subs than I was keeping.
Relatively happy with how far I was able to take it in post before it started artifacting and breaking down.

Processed in PixInsight and Photoshop
Imaged from suburbs of Wellington, NZ (Bortle 5-6)