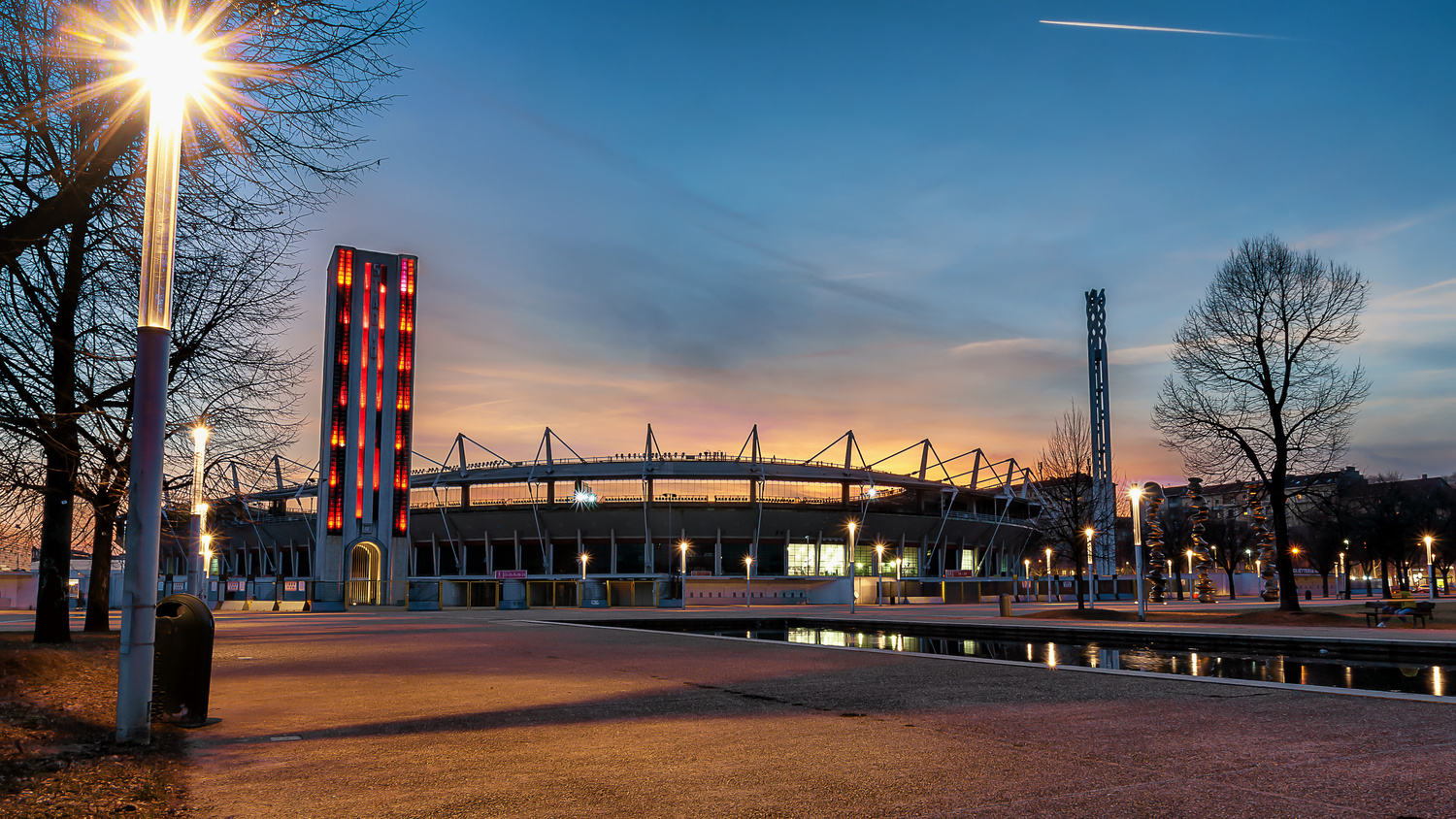 I was out in the park to shoot a sunset timelapse, which did not come out as planned, not too interesting and appealing. In order to not wasting a 2 hours shooting session in the coldness of winter, at least I managed to blend in two exposures and get a not too bad image.
Sunset shot of Olympic Stadium in Turin, Italy.
Exposed for the sky and then blended in the lights from a later shot.