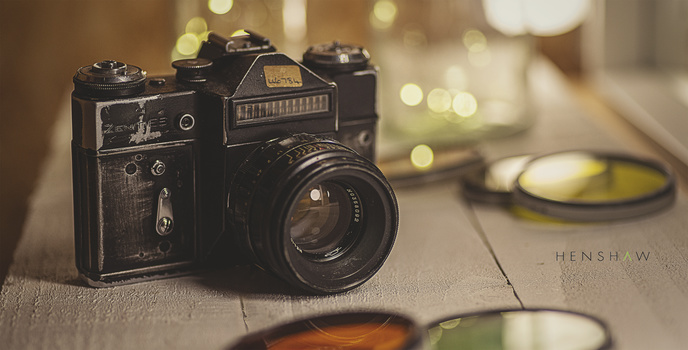 dave_shot_me
This ‘Zenith-ES’ camera belonged to my Father, he was issued with it during his time in the army. It was part of the ‘Sniper’ range that was designed and built in the then U.S.S.R. I lost touch with my Father when I was 6y/o, so I never really had the chance to find out why he was issued with such a camera. Following his death 16yrs ago, I decided to trace his family and I managed to find a Uncle who I remembered as a little boy. My Father had given this camera to him and he thought that I should now have it and look after it, so it now has pride of place in my studio. I have used it over the past couple of years and I have had some great images out of it, my plan is to use it much more this year, so watch this space for the results. Do you have a vintage camera that you currently shoot with?