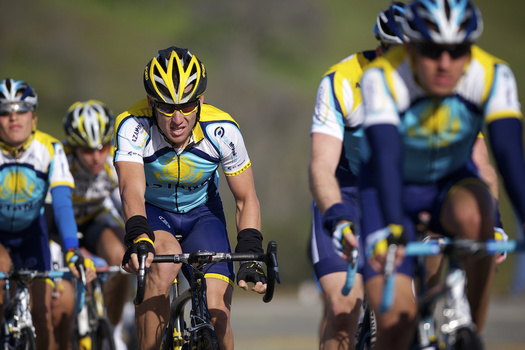 Lance Armstrong on Team Astana at the 2009 Amgen Tour of California. He was protected throughout the race by team domestiques, placing third overall behind teammate Levi Leipheimer, who won the TOC for a third consecutive year. His return from retirement was known as "Comeback 2.0" and would eventually be the downfall of his career, leading to the admission of doping.