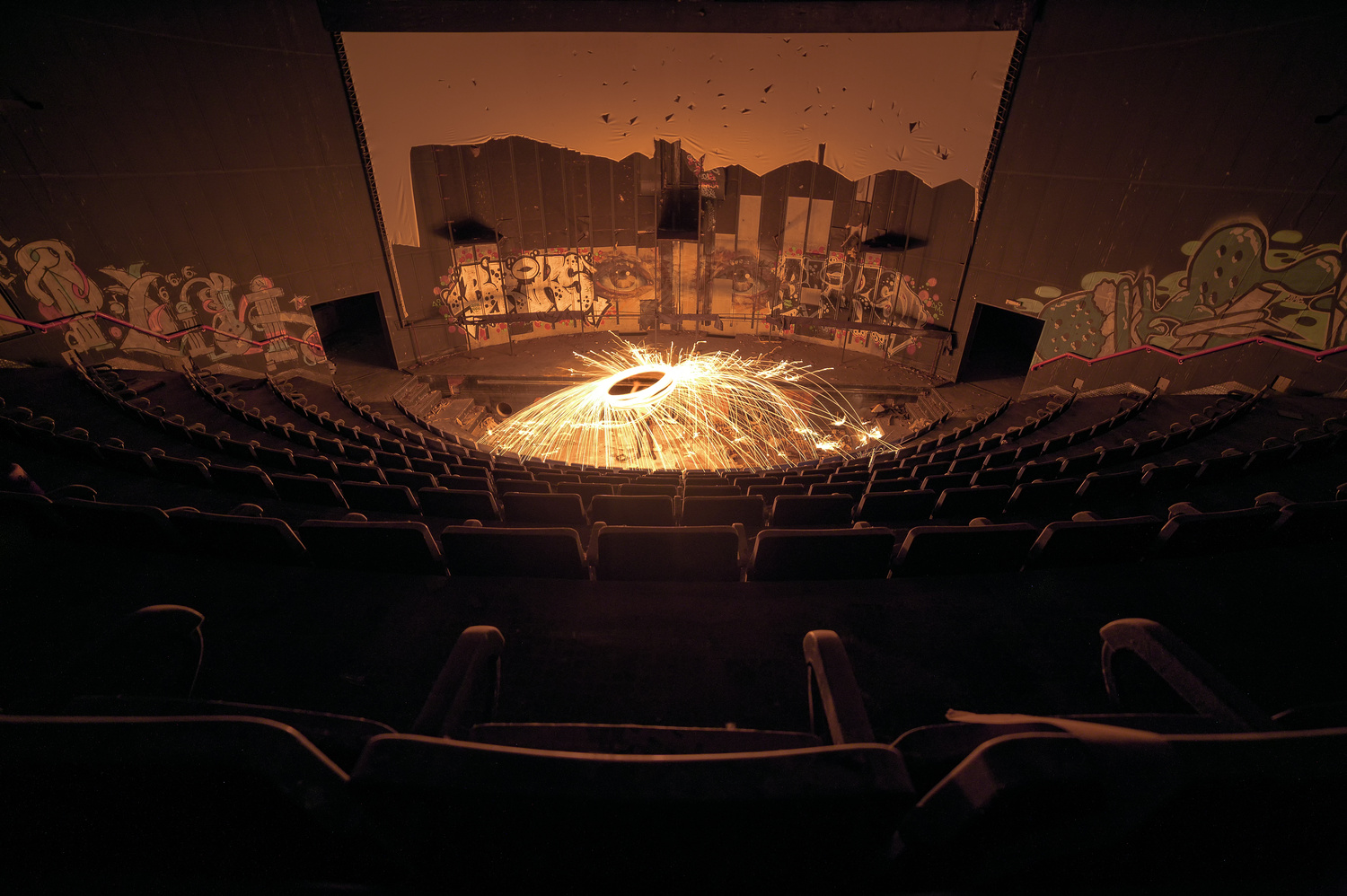 A Night at the Movies

Having fun with steel wool at this abandoned movie theater near Segovia, Spain.

What it was conceived as a cultural theme park in which this cinema was included, never saw its doors opened.

By the time of its building, an accident set on fire the surroundings of the complex, one of the roofs collapsed due to strong winds, and a few years later a blizzard made some of the areas flood.

The owner, a well positioned pharmacologist and businessman, abandoned the project and left this place to its fate for almost 25 years.