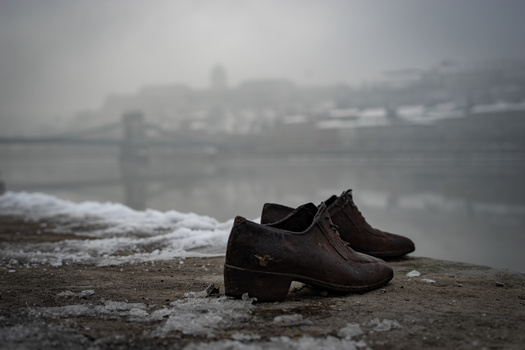 Shoes on the Danube

The Shoes on the Danube Bank is a memorial in Budapest, Hungary. Conceived by film director Can Togay, he created it on the east bank of the Danube River with sculptor Gyula Pauer to honour the Jews who were killed by fascist Arrow Cross militiamen in Budapest during World War II. From what I’ve read, they would tell them to take their shoes off before shooting them and watching them float down the river.

I think how you have captured the photo of this very moving memorial with an overcast back groud really portrays the sense of hurt within this photo, well done.