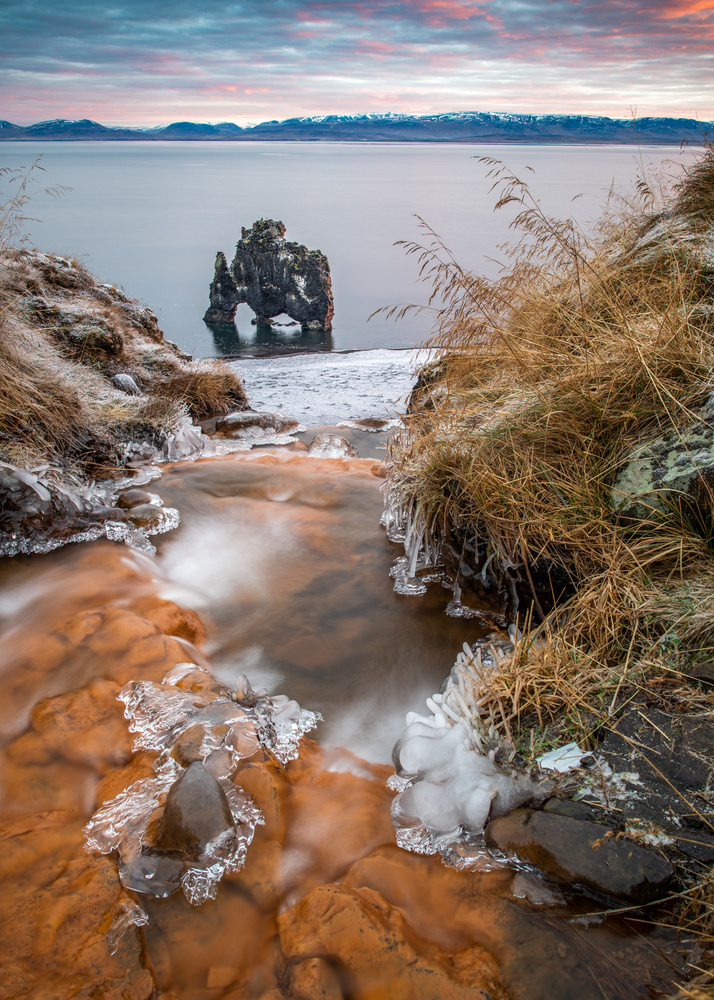 This photo was taken at sunrise at Hvítserkur in Iceland. One of those magical mornings that you don't get too often.

Hvítserkur is an absolutely marvelous sea stack in the North of Iceland shaped like a three-legged creature. It is often nicknamed the Rhino Rock in the North and legend says that the stack is a troll that went on a journey but didn’t make it home in time so the sun to came out and he turned into stone. The rock which is located right off the Vatnsnes Peninsula is a fantastic landmark to visit whilst exploring the North West and has become a total totem for this part of Iceland.