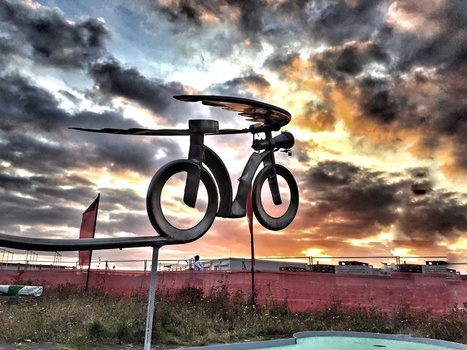 A winged bicycle seemingly flies above the former Tempelhof airport in Berlin. Over the fence is a complex for thousands of refugess recently arrived to Germany.

Tempelhof was built by the Nazis, became a U.S. base after the war, was site of the Berlin Airlift, and now is a city park and its former structures are used for refugees escaping war.

The story comes full circle — from a place that began war, to one that helped ameliorate it and now to one of reconstruction.

A beautiful image but more importantly a beautiful story.

A beautiful story. Thank you