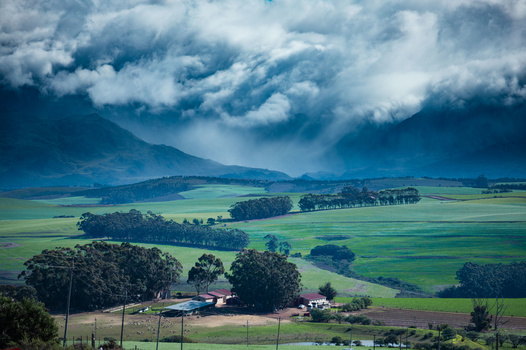 Some moody vibes toward the Franschhoek mountains. I saw this coming over a large hill and had to stop but wanted to kick myself for not having my tripod. It was far away and I had to use my 70-200mm to pull it in. That said the wind was howling in my face although over me it was clear skies. It was so strong I don't think any weight on the tripod would've helped, so the car roof had to do. Those clouds form when the mountains push up the air being blown in from a subtropical storm. A day later it was pouring with rain.