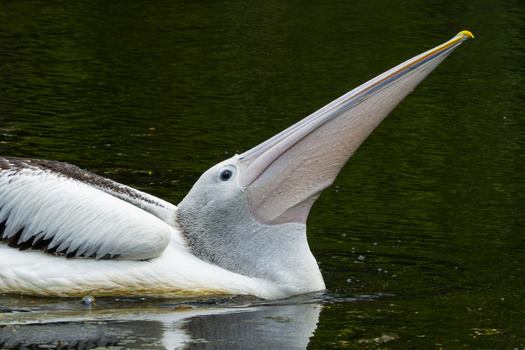 Photographed this Australia Pelican at the Territory Wildlife Park located in Australia's Northern Territory. It was part of a small flock sharing a lake with several small crocodiles, some turtles and a variety of other flora and fauna.

The stop at the Territory Wildlife Park was part of a 1,800km 4x4 trek taking my wife and I from Darwin, NT to Broome, WA in May of 2019. This stop was during the 1st day of our trip enroute to Nitmiluk National Park. A prominent feature of Nitmiluk is the Nitmiluk (Katherine River) Gorge which is actually a series of connected gorges through which the Katherine river flows.