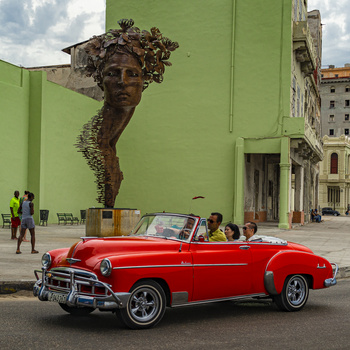 Though touring around Havana in one of its iconic classic autos is a treat, the real way to see the city and mingle with its warm and welcoming populace is on foot. From its oldest and poorest neighborhoods on its east side along the bay to its more economically comfortable neighborhoods miles to the west walking will allow you to immerse yourself deeply into the culture and history of this vibrant city.