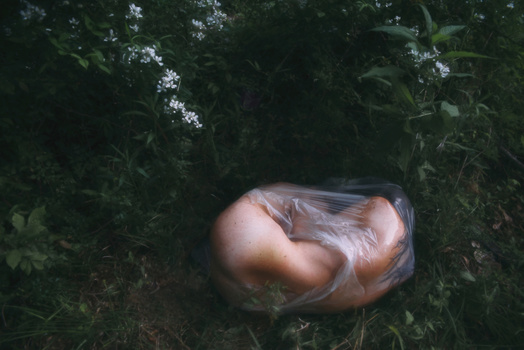 Honestly, most of my photos don’t have a deeper meaning that what you see. They’re very shallow and paper thin. I feel like most artists base their works off of a concept and build around it. I’ll think of something visually appealing, take the picture then find meaning in it after. So for “Fertilizer” I’m thinking that putting dead people in bags is pretty interesting, so I do it. It’s not until I’m finding a title for the series that I come up with the meaning. That death isn’t just the end. It’s not the beginning either. It’s just part of the life cycle. Show me the beginning and end of a circle. After we die our bodies will decompose and the plants and animals will feed off of us in the same fashion a bag of fertilizer would.