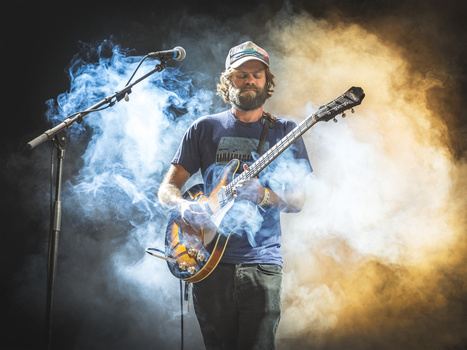 I was working as a voluntary photographer at Øyafestivalen in Oslo 2014, and one of the benefits was that I could stand in front of every concert.
So I was overjoyed when I realized I could stand as close as possible to the band Slowdive, which I did, as well as taking a couple of pictures.
Most of my photos ended up being of the guitarist, who seemed to be in "the zone", which almost gave him a divine appearance, specially with the smoke and the split lights behind him.